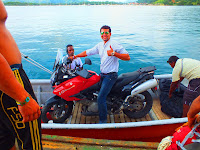 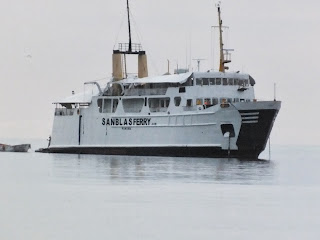 Panamanian Government paperwork and final approval caused us a two day delay, but when traveling throughout foreign countries you need to anticipate delays, things happen so be sure not to forget to pack extra patience. The attitude you bring to your travels can make or break the enjoyment you have on your adventure trip or any journey you choose. Be up for the “new” experience when traveling, if you want everything to be what you had back home, than please stay home. 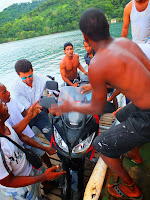 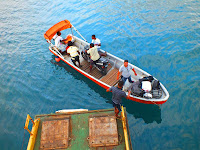 Two other motorcyclist were going to be on this maiden voyage, but they could not deal with the delay and chose to leave 45 minutes before the captain started loading the motorcycles. They decided to go back to Panama City and look for another way into South America. Several people tried to email them and let them know that we were sailing, but they did not reply; too bad they missed out. But I wish them good luck on finding another way south. 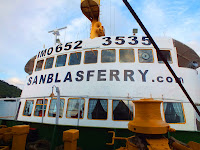 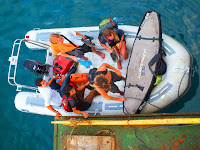 The immigration office in Portobelo was closed for three days do to Black Christ day falling on Monday this year. That would have also caused us a one day delay. 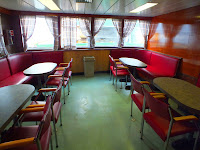 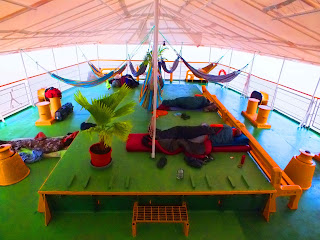 The plan is that we will be sleeping one night onboard the ferry, outside, under cover, with a choice of hammock or sleeping on the poop deck. It rained hard with thunder and a lot of lightning that was breathtaking to behold, but the rear deck did get a little wet much like what you would expect in a heavy San Francisco fog; requiring me to get out my PJ bottoms and a sweatshirt to be comfortable for the night’s sleep. So come prepared for anything is possible on the high seas. 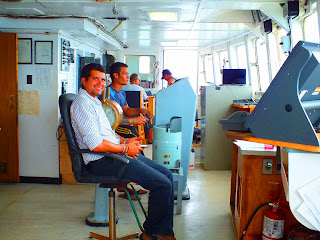 Do not forget your Dramamine for motion sickness; prevention is always better than the alternative.

Meals and drinks are available on board for an additional cost (breakfast and lunch ran $5 each, dinners can run up to $15, soda, and beer were $1.50 each, and so on) or you can bring your own. Do not forget to bring your drinking water. 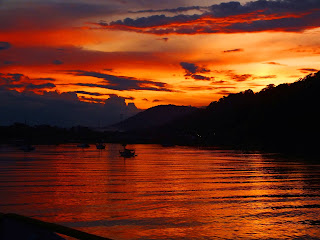 There is not much to do on this trip, once you are out to sea, so be sure to bring some cards or other games to play, We did have a pod of whales that swam by on our second day; I do not know what kind they were, but there were without a noticeable dorsal fin. We did see two small blows and one large one assuming one large and two smaller whales. It was a delightful surprise to watch in this vast sea without any land insight.

The middle of the next day we came upon 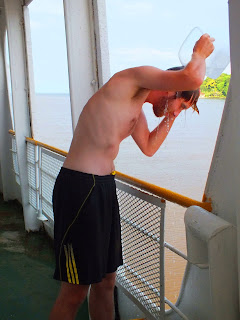 several people adrift in small boats, the captain slowed to see if they needed help. They seem to be out and about and did not want help; we could not see any land or island from which they would have come from… Puzzling! So we continued on our way.

This trip has now become a comedy of errors:
This trip was to take about 24 hours to go from Portobelo, Panama to Cartagena, Columbia. But now after being aboard for 5 days and still not at Cartagena it has turned into a trip now to be considered a comedy of errors. 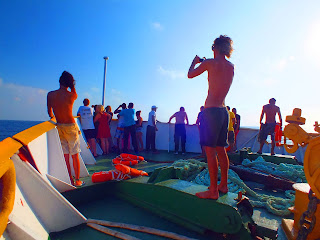 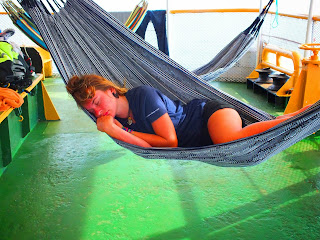 The ferry left Portobelo with only the word of some broker in Cartagena that we could dock and unload. Once we were out to sea, and without internet an email was sent to the ferry by that broker that we could not enter the harbor in Cartagena. The captain received this message once we were close to Cartagena. The decision was made to try for the next port of Barranquilla, about 90 miles to the north while contacting a broker in that port to make a deal for us to enter. At that time, the broker said it would cost $3000 dollars to dock and unload; this was acceptable and we motor on with that hope. We arrived about midnight and drop anchor waiting for our turn to enter the port. But the captain was told early the next morning that it would now cost $12000 to dock. This was not acceptable, and we now wanted to leave, but once the anchor was drop we had to pay $500 to pull it up and it had to be paid to the port authority of Barranquilla. We needed to wait for them to come out and boarded the ferry to get their money. After waiting three hours; the captain put a call in and told then we were leaving in 30 minutes whither they were there or not. Five men in a launch showed, one man was terribly seasick and remained on board and two boarded, looked around and took some photos then wanted $1700 to let us pull up the anchor… It was paid and we left. 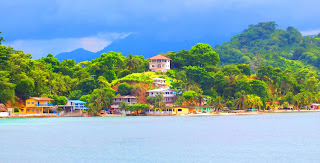 Once we were under way for a few hours we slowed down and were going close to the shore to check out a little harbor, the pilot ran the ferry a ground. The captain took over and backed us up and navigated us around the little island that was just below the surface; we anchored again and waited until morning before continuing. This was so everyone could get some much need rest. 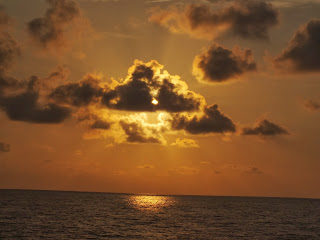 We did reach Cartagena on the fifth day, early morning then waited for customs to come on board to look a ground. By the afternoon we were taken to shore so we could go to our hostel.

Special Note:
I would like to make sure that everyone knows that even though two of the passengers were extremely difficult from their first step on board and throughout the whole trip; but the crew kept an extremely professional and helpful attitude toward everyone. I as a passenger would have been happy to through these two overboard and leave then out at sea…