One World Sailing Trip from Portobelo, Panama to Cartagena, Columbia 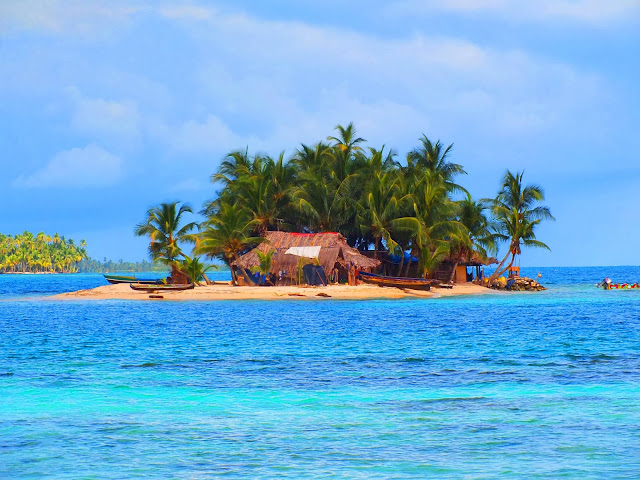 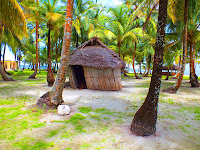 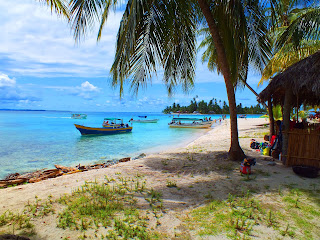 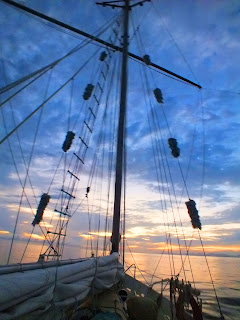 The trip was to start on the 4th of Oct., then take about 5 days weather permitting, but we were delayed by 2 days. Sunday afternoon, the 6th, we were on-our-way to board the ship after it got the steering fixed with new seals. There was noand all night toward the San Blas Islands, owned by the Kuna tribe. Everything was going well; the first island visit had a shipwreck just offshore. The water was clear, calm but with a slight current, sun shining, a few white puffy clouds were high in the sky, making this a definite sunblock day. The wind that day, so we motored out of the harbor island is uninhabited, but the Kuna’s run the souvenir stand, camping grounds, bathrooms and showers, as well as collect $2 per person to use this small island, full of coconut trees and a small grassy area. 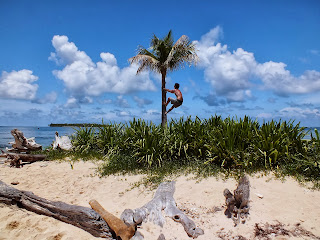 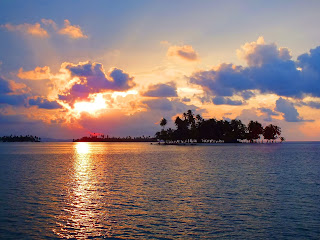 After a few hours of swimming, we boarded the ship and mortared a few islands away where we were to spend the night. In this area, the ocean was smooth as glass without any noticeable current. The area had unusually few fish, but a short swim away there was a beautiful coral reef. At this point the engine had gotten hot and leaked oil all over, in looking at the engine, there was a tube that had cracked and leaked. Once fixed, oil checked, the engine was started again. Since we were still having problems, calls were made to other mechanics in the area for advice; they got as many different opinions as the number of mechanics. One call was made to a friend in Thailand that owns the same type of ship; he said it was the heat exchanger, but only time will tell. Regardless parts and more oil were needed, and we could not finish this trip. 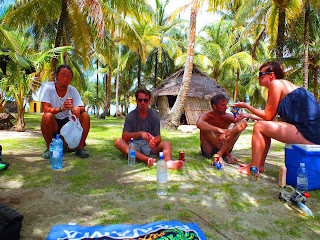 Arrangements were then made to transport all of us off the ship since we left Panama as a unit we have to be returned to Panama as a unit. Once checked back into Panama immigration we then could find our own way into Columbia. Three of the group took a flight out that same evening. I will take this opportunity of a few days to revisit Panama City and research into other options into Columbia. 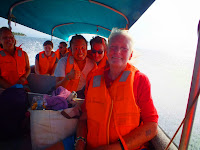 After taking the heat exchanger to the marine shop here in Panama City, they tested it and found it actually had gone bad but could be repaired. It will still be a few days before the ship will be underway again. 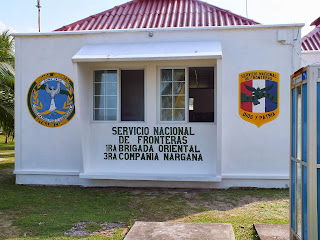 It was too bad I was not able to complete the trip on One World Sailing Ship. You can check their website at www.sailingoneworld.com or instagram at  http://instagram.com/sailingoneworld#, and Facebook at  https://www.facebook.com/pages/Sailing-One-World/125450647542921

One other thing that now has the sail boat stuck here until further notice is that their annual registration is due this month but due to the US Government shut down of all nonessential offices; commercial boat registrations cannot be completed until the shutdown is over so here One World sits…
Posted by Unknown at 2:49 PM