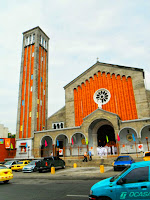 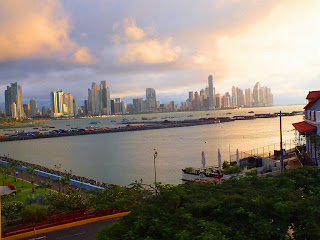 Panama is the first country that I have traveled in as an official backpacker; large backpack instead of all the stuff in my car and trailer, traveling by bus not driving and having to put gas in the car, not using a tent but finding a bed in different hostels along the way. The adventure has changed but continues… 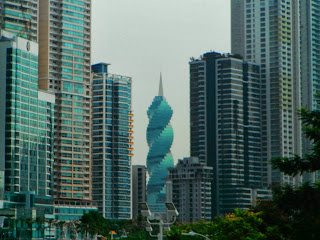 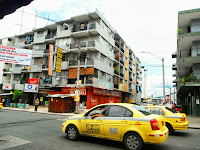 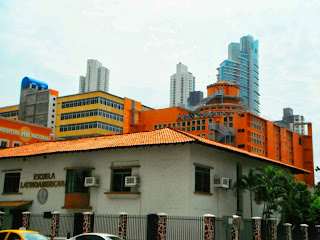 My first stop was Panama City. This is a much larger and more diverse city than I had imagined; it has also earned the nickname “Crossroads of the World” because the fact that so many people from all over the world have passed through and some stayed for a while giving this Latin city an uniquely international atmosphere.

The city is about the same size as Portland, Oregon (population 700,000 or more). Panama is an Indian word meaning “an abundance of fish,” but any visitor could have figured that once looking through the menu of any restaurant here and/or with a visit to the fish market.

Panama City is a 24 hour city; there is something going on all the time and for everyone’s taste and time schedule.

Panama called the melting pot, but it should be better called the sancocho pot, it is a local dish where all the ingredients have their own contributing flavor, but with still keeping their own identity in the process. 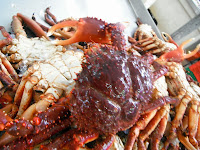 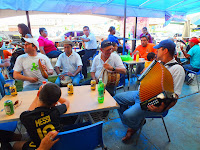 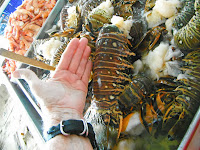 Any seaports fish market is a vital and fascinating part of the town or city, and this one has some specialties. Interesting to me, I found some new sea foods that I had to try. Also, the eateries outside the market gave me a chance to try other things. I recommend trying things especially if you have not considered so in the past, after all that is what traveling should be about; new experiences. 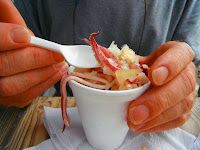 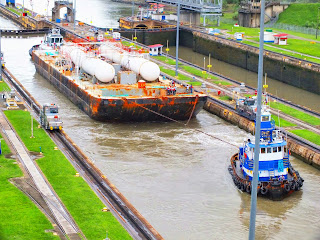 The Panama Canal, started by the French in 1880, but after 20 years, many people dying from yellow fever, malaria, and problems with the extremes of the environment they stopped. In 1903, the US bought the land from the French for $40 million and finished it by 1914. The canal is still one of the engineering wonders of the world on the level of the “Mars probe” of the Wright Brothers’ days. 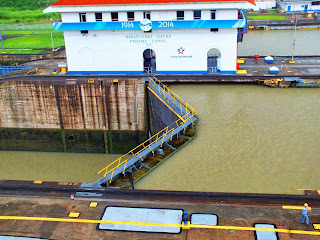 Today container and cruise ships squeeze through with just inches to spare. With some ships being just too big (a small percentage of today’s world fleet), and looking into the future, Panama is currently working on an extra set of wider and deeper locks. 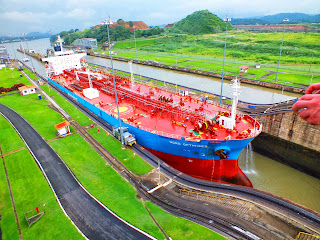 The average fee for using the canal is $100,000 (cash only, no checks or charges), but the record is $419,600 paid by the “Norwegian Pearl” and Richard Halliburton paid only 36 cents to swim the 50 mile canal in 1926, it did take him 10 days to do it. Today no one is allowed to swim the canal, just in case someone was thinking about giving it a try.

It was back in the 1524 when the Spain’s King Carlos V, ordered a survey to be done, but decided that it was not possible at the time.

Today it is still an impressive sight and especially much worth a visit… More information on the canal may be gotten from the book “The Path Between the Seas” by David McCullough.

Remember that if you are a senior person (57 years or older) be sure to ask for your discount, 50% at the canal. 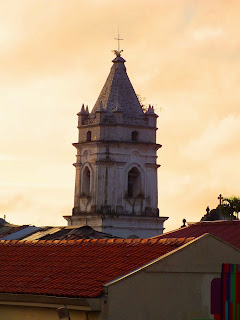 Casco Antiguo
The diverse architecture displayed in this area of Panama City is quite intriguing. The walled city, founded in 1673 because the city fathers thought that it would be more defensible than the original city on the other side of the bay. It was sacked and plundered by the Pirate, Henry Morgan. 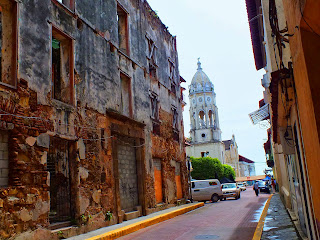 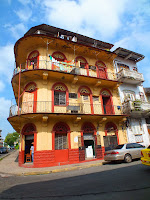 When Panama gained their independence from Columbia in 1903, it began to sink into decrepitude. In the last decade, Casco Antiguo area was declared a World Heritage site, because of that it is undergoing a dramatic rebirth. Many buildings have been restored to their colonial status foreign, and local residents have moved into the expensive houses and apartments. New shops and restaurants are prospering tourist enjoy the charming city squares, churches, architecture, and seeing the work in process. With many of the dilapidated buildings being occupied by squatters, it adds to the unique atmosphere of tradition and transformation. 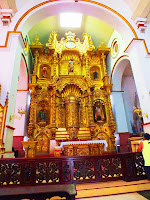 One of my favorites was, Iglesia of San Jose the Church of the Golden Altar; legend has it that when the Welsh pirate Morgan was burning and looting the original settlement, a priest had the enormous altar painted in black tar so its value would be concealed. 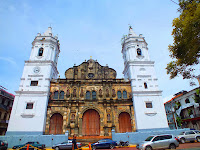 Catedral de Nuestra Senora de la Asuncion, the construction began in 1688, but took more than 100 years to complete. The towers were inlaid with mother of pearl from the Perlas Islands. 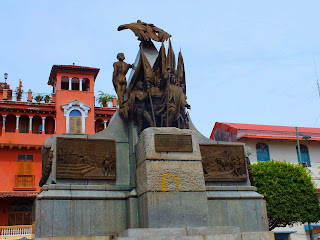 Plaza Bolivar, named after the Simon Bolivar El Libertador, most responsible for independence from Spain. In 1826, Bolivar attempted to form a union of Latin American states including Panama. 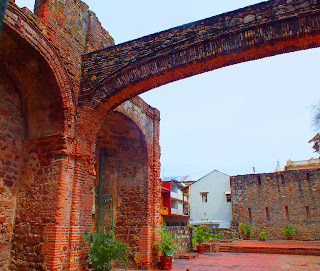 Flat Arch a powerful feature of the quarter, which stands among the ruins of the Iglesia de Santo Domingo. Since it is virtually horizontal, with no keystone, and said to have been used to support the argument that Panama was free from earthquakes, and therefore safer for construction of the canal than other countries in Central America.