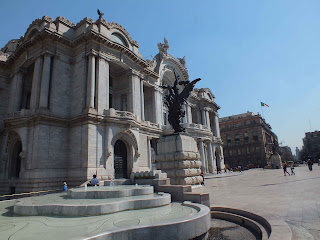 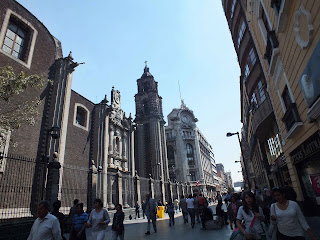 The road trip from the butterflies to Mexico City looked like it should have been only about five hours, but it took me all day and 800 pesos in road tolls, some do to the fact that I got lost. When driving around any sizeable city plan on the unexpected and delays; I had to ask for directions several times. Driving in Mexico State can be tricky with their days and hour of the day that are no driving rule. Once I arrived in San Juan, I got some help with directions from a local police officer; He gave me a police escort to the Teotihuacan Trailer Park (teotipark@prodigy.net.mx), so cool. 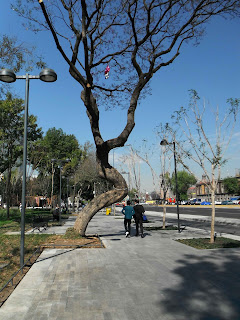 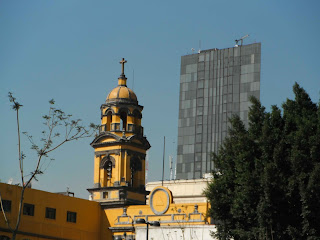 Mexico City lies in a valley or 'great basin' that is about 60 miles long and 30 miles wide; think of it a valley being at over 7,000 feet high. 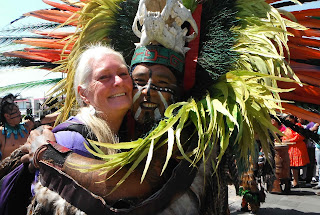 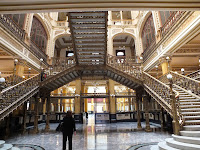 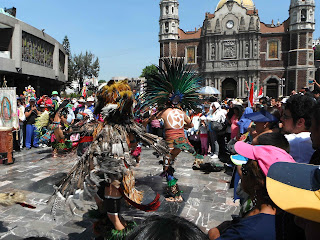 Mexico City has been and continues to be Mexico’s very heart; as well as the historical and cultural capital of the Americas. Since its foundation by the Aztecs in 1325, it has served as a meeting place for diverse cultures. Mexico City is one of the largest and most dynamic cities onthe planet. The blending of the enigmatic colonial era architecture and the ultra-modern gives a remarkable experience. Those who visit here are witnesses to the richness of the cultures that originally emerged in the Valley of Mexico, as well the architecture of Mexico's colonial period. Hotels, restaurants, travel agencies, museums, galleries and recreation facilities also abound. 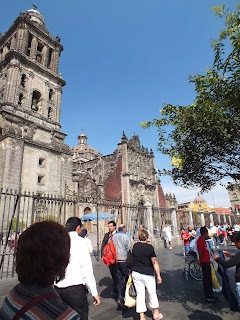 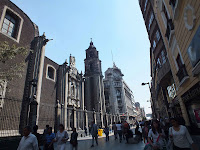 In Mexico City, you can enjoy a wide array of traditional Mexican dishes as well as cuisine from around the world. There's everything here, from the most exclusive restaurants to simple, traditional inns; when looking for traditional Mexican and Spanish food, your best option is The Downtown Historic Center, where the colonial atmosphere provides the perfect backdrop for enjoying breakfast or dinner. The Colonia Condesa neighborhood is home to world-cuisine numerous restaurants (particularly Argentine, Colombian and Italian) as well as to present "fusion" powers. And if you're looking for something a lot more traditional, the markets in Xochimilco and Coyoacan Mexican favorites offer that cannot be beat. 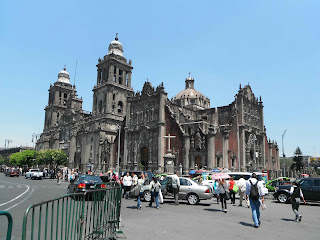 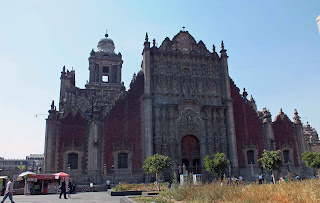 As the capital of the New Spain, Mexico City was home to numerous religious orders that built seemingly limitless churches and convents and were repositories of priceless treasures of colonial and religious art. After the anti-religious reforms of the mid-nineteenth century, many of these artifacts; that were no longer used in worship got transferred to museums and libraries for cultural and historical safekeeping. As a cosmopolitan city, Mexico City today boasts sanctuaries from every creed: evangelical, protestant, orthodox Christian, synagogues churches, as well as masjids for Islamic worship and even a House of Tibet for Buddhists. 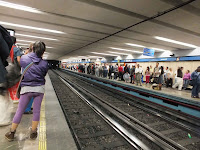 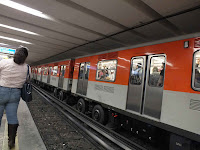 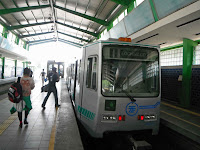 Mexico City has an excellent transit system with the Autobus (large air-condition buses) that bring people in to town from the outlying towns and villages. The Metro or subway goes underground anywhere throughout the city and for only 3 pesos. The hours of operation are from 5am to midnight. The street busses run everywhere else at a cost of 5 pesos.  They also have light rail trains for 3 pesos. I have taken all and found them extremely reliable and entertaining; but finding people trying to sell things, singing, begging, preforming tricks and so forth. It is never the same or last more than a stop or two. Traveling anytime and not have to worry about the good practice here in Mexico about not driving at night; is the way to enjoy the night life and a safe trip home. 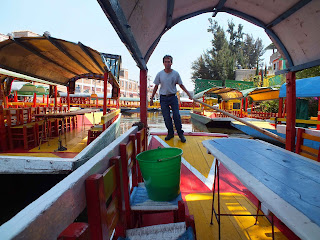 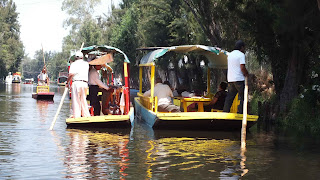 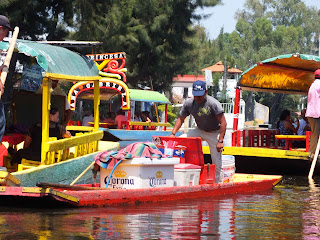 In the southern part of Mexico City is one of many ecological parks. Xochimilco's Ecological Park named one of the World's Cultural Heritage Sites due to its value and unbeatable cultural and natural features. The park has the necessary conditions preserved so that they can be enjoyed and the ecological and cultural tour; which demonstrates the endemic plants and wildlife conservation projects that are most beneficial in these metropolitan wetlands. It has a substantial reserve of birds and conservation areas in the botanical gardens of Xochitla. During your visit, it is a must to ride aboard one of its trajineras colored, wood crafted boats that cruise the channels. During your boat trip vendors, mariachis, souvenirs, food and drinks are sold via boat and along the shore throughout the waterway.
I saw a man extending his property edge the same way people did when constructing the beginning of the Mexico City area. No wonder it has been sinking little by little over the centuries. 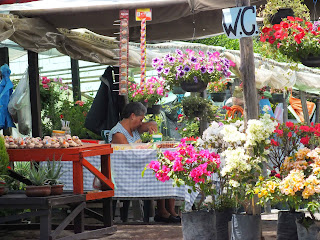 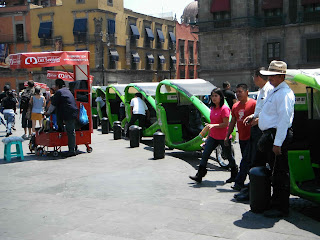 Handicrafts are a way of life for many people here in Mexico City. The need to be creative and resourceful is the main means of supporting the family. They represent the art and practice of their country. Because of that it is essential for promoting their culture and in Mexico City there are samples of many acclaimed works like goldsmiths, painting, stonework, leather, silver-work, Mexican pewter, pottery, fine and imitation jewelry just to name a few. 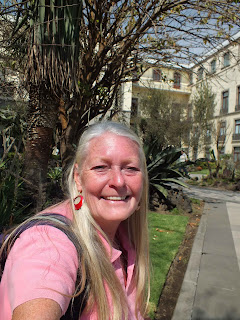 All in all the Mexico City experience, for me was outstanding and I recommend it for everyone. More information is available from the Ministry of Tourism of Mexico City www.mexicocity.gob.mx and @turismocdmx (twitter)