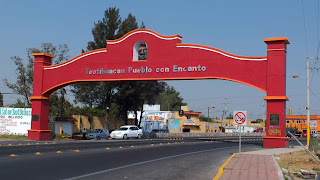 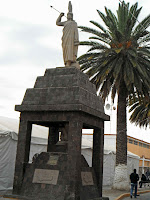 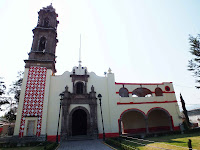 This town located in the State of Mexico, 45 km northeast of Mexico City.

Teotihuacán takes its name from the ancient city and World Heritage site that is located next to the municipal seat. "Teotihuacán" is from Nahuatl and means "place of the gods." In Nahua mythology, they believed that the sun and the moon were created here. 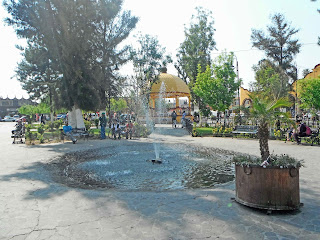 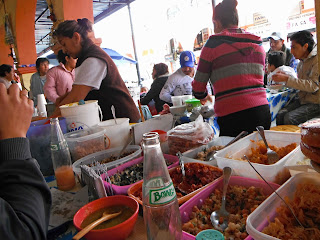 San Juan has the feeling of a small town but with all the commendation that would be found in a large one; like banks, internet cafes, a big box store, framer, shoe stores, fancy bakeries, a fabric store, and a large farmers market every day, their own police station and so much more. 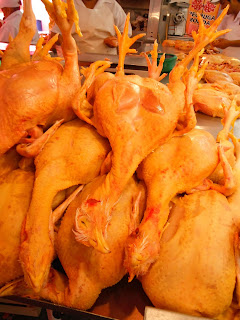 Monday is market day, and the town hosts one of the most traditional “tianguis” in the Valley of Mexico, where hundreds of stalls set-up between the archeological site and the old monastery. Most of the merchandise is foodstuffs and prepared dishes. The tianguis known for their  fruits and vegetables, as well as a number of craft items; here and at the permanent municipal market, one can try local dishes such as barbacoa, mixiote, quail and many preparations with nopal, which grows abundantly. The municipal market dates from the early 20th century. 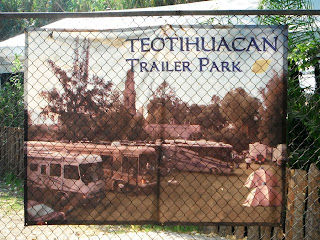 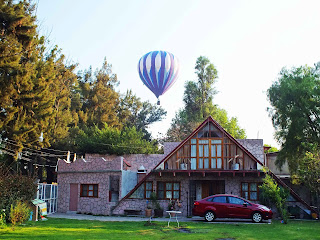 San Juan also has a particularity pleasant RV and Camping ground “Teotihuacan Trailer Park” UTM (E51561.18 N2176465.83) tel. 01 (594) 956-0313 teotipark@prodigy.net.mx and managed by Mina; she is a very nice lady and is very knowledgeable about the area. This is a full service park with WI-FI, clean bathrooms and it has more than 20 grass covered RV spots and tenters are welcome. San Juan has the best bus service to Mexico City and all other points. Here, I have stayed two different times, and I highly recommend it for both the short and long term. She has three apartments also for rent so if you do not want to camp or have a RV you can still stay here. I know that you will love it. 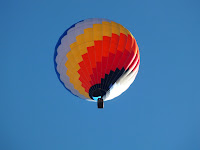 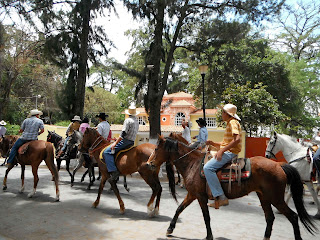 In Mexico, the summertime considered off season or the slow time of the year. But around here the summer is full of actives. Here are some of what is coming up in just a few months… 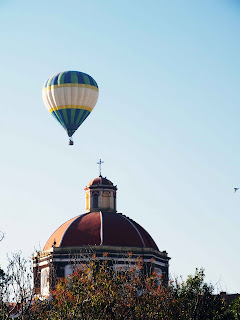 The town has two main traditional festivals: the feast day of John the Baptist (the patron of the town) in late June and the feast of Christ the Redeemer in July, which runs concurrently with the Obsidian Fair. During the festival of Christ the Redeemer, which lasts eight days, one can see a number of traditional dances such as the Aztecs, Santiagueros and Sembradores. There are also amusement rides, fireworks and sporting events. Too bad I will not be here for these events. 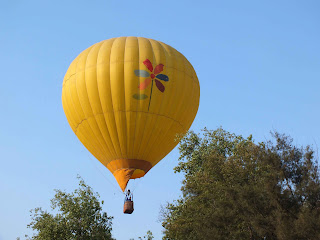 In the 2000s, two other annual events were added to the Festival Aerostatico Teotihuacan and the Festival Musica para los Dioses. The Festival Aerostatico Teotihuacan (Teotihuacan Hot-Air Balloon Festival) being held each year since 2005. The event attracts about 15,000 people each year with an average of twenty balloons participating. Other events include paragliding and skydiving exhibitions, ultra gliders, a farming and livestock show, and a gastronomy and crafts fair. The 2010 event, dedicated to the Bicentennial of Mexico’s Independence, a dirigible 44 meters long. The event takes place at the “Globopuerto Volare, located on the Tulancingo-Teotihuacan highway. The Festival Musica para los Dioses (Music for the Gods Festival) are an annual rock and roll event. The festival has attracted as many as fifty bands and crowds of more than 20,000. Attendees bring or rents camping gear, including tents in a secure location as a recreation of Woodstock to stay for the 35-hour event. The annual festival has been going on since 2006 and has featured acts such as the Babasónicos, Maldita Vecindad, Instituto Mexicano del Sonido and Panteón Rococó. The Festival Musica para los Dioses considered being the most important rock and camping fest in all of Mexico. 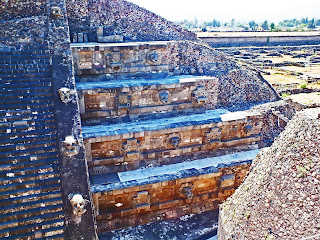 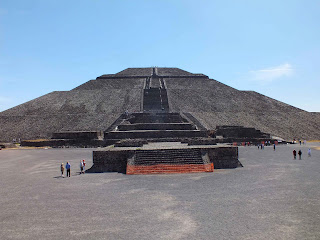 By far, the main attraction here is the Teotihuacan archeological site with is a World Heritage Site. The center of the site is the Calzada de los Muertos or the Avenue of the Dead which is almost four km long. The city surrounds this avenue in mostly symmetrical form, which can best be seen at the Pyramid of the Moon on the north end or the Temple of Quetzalcoatl on the south end, the Pyramid of the Sun is the second largest in Mexico, with only the pyramid at Cholula being larger. 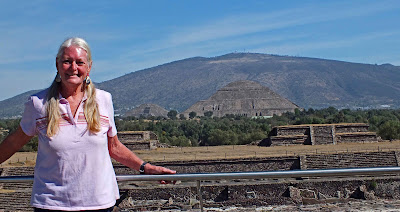 Please visit the gallery “Teotihuacán” within my website http://seewhatiseephotography.com, please enjoy the photos and the story in an earlier post also titled “Teotihuacán”.

A lot of this information came from Wikipedia, the free encyclopedia online.