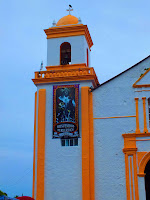 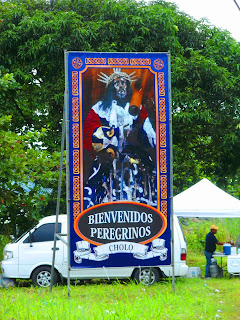 Since the 17th century, Portobelo has been the home of the Cristo Negro de Portobelo - the Black

Christ of Portobelo. There are several explanations for the presence of this life size figure of a black Christ in the village. Each story has three parts - the arrival of the statue, the refusal of the statue to leave the village, and its veneration. Regardless of the version, however, all of the stories conclude that the statue is responsible for miraculous deeds in the lives of his devotees. 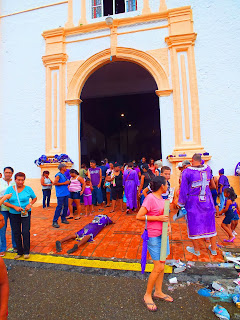 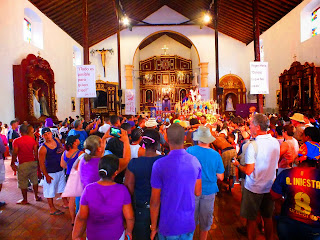 Nobody knows exactly how or when the Black Christ (El Cristo Negro) arrived in the tiny community of Portobelo on Panama’s Caribbean coast. Some put the date at around 1658. But there are so many stories of miracles associated with the Black Christ, that tens of thousands of pilgrims visit the Church every October 21. 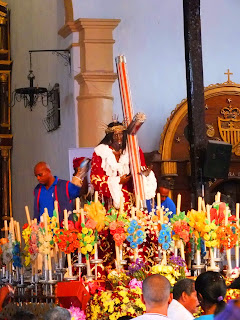 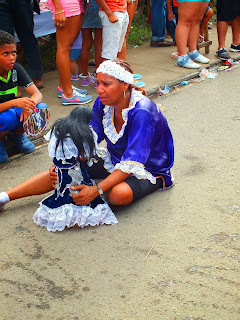 At the time the Cristo Negro arrived in Panama, there was a plague on the coast that was devastating the population. The people of Portobelo began to venerate the figure of the black Christ and "miraculously" the plague ended. By some accounts, the plague avoided Portobelo but continued in other areas. As rumor spread among the slaves, freed blacks, mulattos, and criollos, people began arriving in Portobelo to venerate the figure. The first pilgrims began arriving from surrounding villages on the coast, but shortly after, they began arriving from Panama City on the Pacific side of the country. These pilgrims had to cross the isthmus over mountains and through a dense and dangerous rainforest. 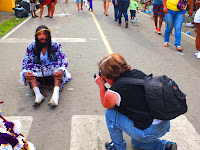 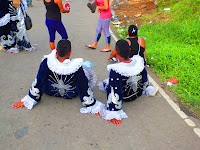 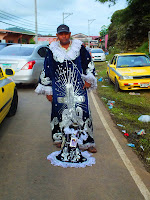 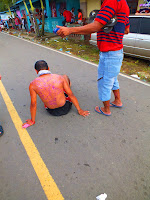 Since then, each year for the last three centuries on the 21st of October the Feast Day of the Cristo Negro de Portobelo, as many as 60,000 devotees make a pilgrimage to visit the statue. Some walk as many as 200 kilometers from their homes in the interior of the country to get to the village, while others come from the United States, Europe and other parts of Latin America. Among them are thousands of muggers, burglars and drug dealers, seeking forgiveness from the Black Christ for their crimes. Wrongdoers line up at the San Felipe church to pay homage to the Black Christ statue. Many in Panama regard the Black Christ as the Patron Saint of criminals. 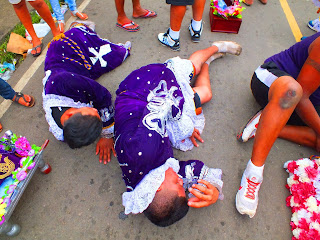 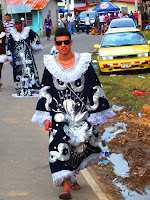 One story holds that the ship carrying the heavy statue in a wooden crate met a terrible storm that drove it back into the harbor. The ship attempted to leave five times, but every time a sudden and unexpected storm endangered the ship and everyone aboard. On the final attempt, the crew jettisoned the crated Black Christ to lessen the weight and save their lives. 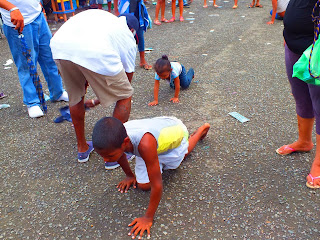 Fishermen, amazed by the lack of respect shown by the sailors, carried the Black Christ to their church and gave it a place of honor. 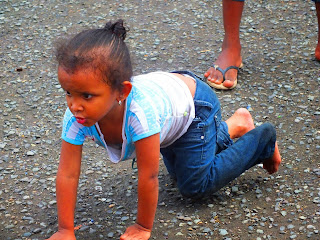 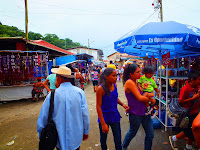 Another myth is that the figure Jesus of Nazareth was destined for the island of Taboga, off the Panamanian coast, but the Spanish shipper incorrectly labeled the shipment. Many attempts were made to send the statue to Taboga, but all attempts to remove it from Portobelo failed. The people of Portobelo, who suspected the figure had magical powers, said it wished to remain with them. 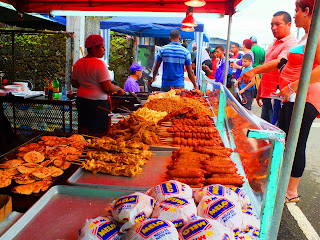 The sick, the troubled and the needy pray before the ornately robed statue of the Black Christ for the miracles they hope to receive, but it is said that if a promise is made and not kept there will be severe retribution.

The popular name, The Black Christ, is attributed to U.S. servicemen shortly after the Second World War. Some 500 arrived in a ship to celebrate the October festival. One witness of that particular day says that many of the U.S. visitors were so caught up in the emotional fervor that they began to shout “Viva El Cristo Negro!” The name stuck everywhere except in Portobelo. A more familiar name is simply The Saint. 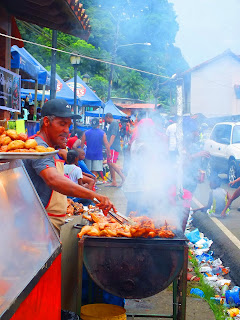 Mass is called at 6 p.m. on October 21. (Be there before 4 p.m. if you hope to get inside the church.) At exactly 8 p.m., 80 able-bodied men carry the statue from the church to begin a four-hour parade around the community. There is a carnival atmosphere.

The bearers take three steps forward, two back, in a similar manner to that of Spanish religious processions. But, unlike those of Spain, this procession has a special Latin American twist: a quick step to lively music. The bearers have freshly shaved heads, wear purple robes and have bare feet. It is a distinct honor to be chosen to bear the Black Christ, an honor paid for by sore shoulders and aching muscles the next day.

At exactly midnight, The Saint is returned to the church. One story holds that it is impossible to return the Black Crist before midnight. “It just gets too heavy to move.”