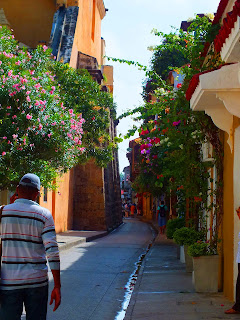 Founded in 1533 and enticing with its blend of history, culture and sizzling nightlife. Cartagena is Colombia’s longstanding tourist destination. This Caribbean city with UNESCO World Heritage status (as of 1984) is an excellent base from which to discover the history of the Spanish colonization of South America. 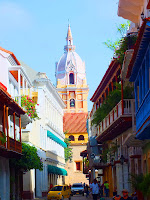 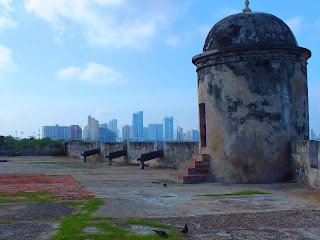 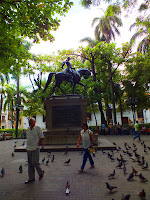 Walking Along the Old Walls 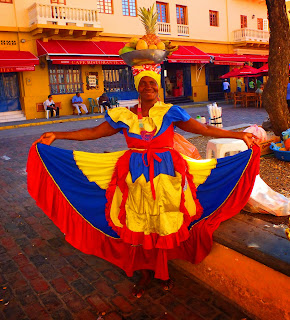 It took almost 2 centuries to build and with surviving powerful storms and pirate attacks “La Moralla” is a wonder all on its own. There are 6 miles of old walls surrounding the city, many of which can be walked as well as take a trip back in time. 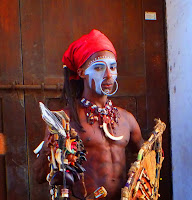 Old Town is large enough to get lost in, but can finally find your way out. There are lots of lovely parks, plazas, shops, cafes, bars, and restaurants for all budgets. I just started my walk and let the exploration begin from The Clock Tower so I could find my way back out. 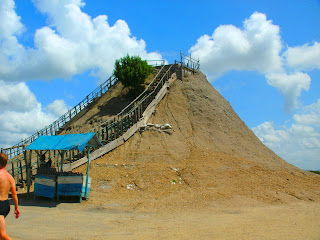 This is a one of a kind volcanic mud-bath! According to legend; the volcano used to gush forth lava and ash until a priest who believed it to be the work of the Devil, poured holy water into it, to banish him. Since then it has been oozing mud the consistency of yoghurt so dense that it is impossible to sink. Try it! 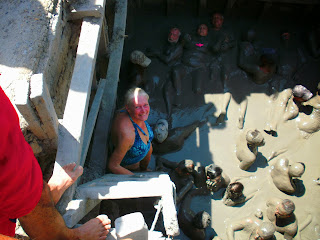 I attempted to swim, roll, submerge myself, it cannot be done; I just floated. Then I receive a relaxing massage from one of the attendants inside the crater before going down to the lake to wash off, helped by some local ladies, I had mud everywhere. The extra attention only cost an additional $3000 pesos each. It is a bargain even at twice the price. 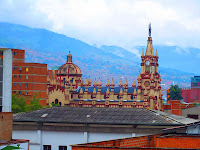 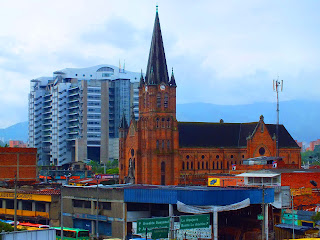 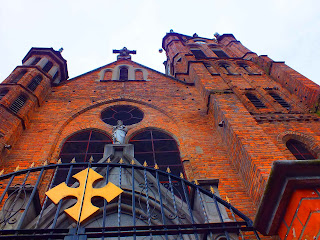 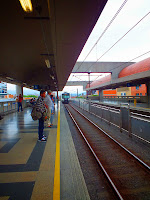 Medellin is the second largest city in Colombia it is in the Aburra Valley one of the most northerly of the Andes Mountains in South America and founded in 1616 by the Spaniard Francisco Herrera Campuzano. In 1675, the queen consort Mariana of Austria created the Villa de Nuestra Señora de la Candelaria de Medellín (Town of Our Lady of Medellín). This was the center point of my stay in Medellin. 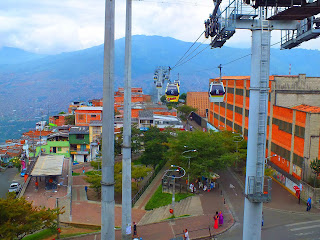 At the beginning of the 21st century, the city has regained industrial dynamism, with the construction of the Medellin Metro commuter rail, and liberalized development policies, improved security, and improved education. Metrocable innovative approach to public transportation - and a terrific way to see the city that cannot be gotten any other way! Take it to Santa Domingo to see the new library that contrasts with the neighborhood surrounding it, and then transfer to the next one for a complete change of pace in Parque Arvi high up a top the mountain. Enjoy the view, I did. 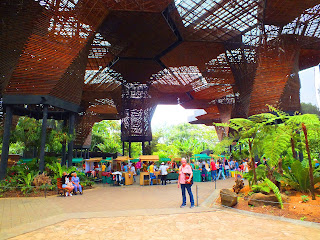 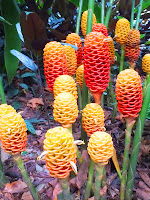 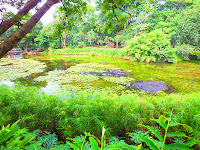 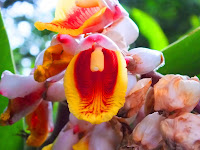 Jardin Botanico (botanical garden) is to have 600 species of trees and plants, a lake, herbarium, auditorium and the Orquiderorama where an orchid exhibition is held every March and April. I found it to be more of a family park then a botanical garden. But it is free, and I do highly recommend the house of butterflies, Casa de Mariposario. 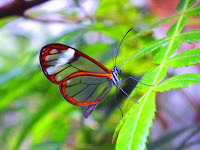 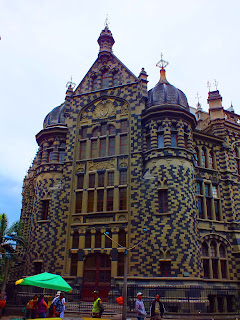 Palacio de la Cultura Rafael Uribe Uribe (Blk and white) When I went to look at this intriguing building I found it closed, but still fascinating. I did enjoy the park and neighbor it is in. It can found right off the metro station. 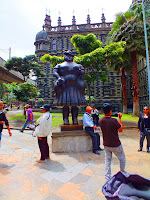 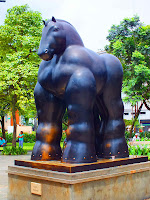 Plaza Botero is there so you can admire the sculptures of Botero, donated by Botero and you will not be disappointed. There  is a ton of bronze statues around the plaza, and it is in a excellent location right off the metro. 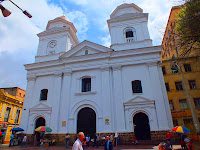 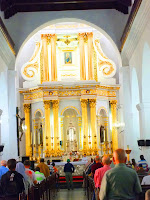 Basilica de la Candelaria built in 1770 it has a stone facade and a white and gold interior, interesting and across the street from the metro station and the Palacio de la Cultura Rafael Uribe Uribe. 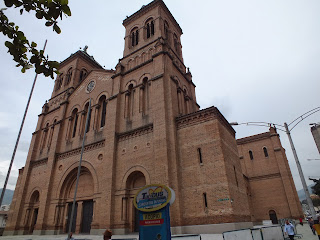 Catedral Metropolitana built in 1875 large interior with Spanish stained glass windows and a German pipe organ. I hoped to see the inside of this church but after going two different days, once in the morning and once in the afternoon I did not find it open. Seeing just the outside is not worth the time and effort, sorry.

Real City Walking Tour in Medellin
The guide was passionate about the stories he told on the history of the city. He lived through much of Colombia’s changes into the city it is today. We walked through several blocks of downtown near the Metro station. I truly enjoyed the tour guide, the tour, and finding out the hidden stories that should not remain hidden any longer.