Tikal Archeological Site is very nice, touristy and commercialized with hotels, restaurants, and souvenir shops. The road (CA-13) into it was good by Central America standards. When I got here it hadn’t rained much for quite a while, this made it nice for me to climb the hillsides and ruins (when its wet it can be very slippery).
Tikal National Park is the sites official name; UNESCO World Heritage designated was made in 1979 at the 3rd session in Cairo Egypt.

The ruins lie among the tropical rainforests of northern Guatemala that formed the cradle of lowland Maya civilization. The city itself was located among abundant fertile upland soils, and may have dominated a natural east-west trade route across the Yucatan Peninsula.
1849 the plan to excavate was started but not till 1882 did it really get underway and is still going on today.

CEIBA, “The Holy Tree of Life” for the Mayans, one is at the beginning of the park.

The Grand Plaza is the best all. It was the center of civic ceremonial actives for the Mayans and it contains Temples I and II, the Acroplis Center to the south and the Acropolis Norte to the north.


Temple II located on the west side of the grand plaza, known as the “Temple of the Masks” It stand 38 meters tall and was built in 700AD by ruler Jasaw K’awiil Chan. Its carved wooden lintel sapodilla seems to portray the wife of the ruler.

Temple III known as “The Great Temple of the Jaguar Priest” is still being unearthed and is the tallest of the three at 57 meters high. It was built in 810AD and it stands tall above the jungle as seen from Temple IV the most westerly part of the park.

Temple IV is known as two headed serpent and is 800 meters to the west of the great plaza. It consists of seven bodies and reaches 70 meters tall. It is the tallest temple of Tikal and Mesoamerican, higher than the Temple of the Sun in Teotihuacan in Mexico. The builder was Chan K’awiil Yik’in around 740AD. It is still under renovation.

Temple V is located to the south of the Central Acropolis, and east of the Plaza of Seven Temples. Stand 57 meters tall and is believed to be built during the Early Classic Period (550-650AD).

The Lost World Pyramid was built around 900BC, is one of the oldest in Tikal and the last to be excavated. It was used for astronomy by the Mayans. At each cardinal point it has four masks representing Chac, god of rainhz.

Complex Q, is to have the largest twin pyramids but there was only one as yet uncovered, that I saw. The south side of the structure has nine entries and the pyramid has nine plain stelae and altars in the front.

There are two museums to see that were Q10 each, but now it is Q30, and that gets you in to both. They are both worth visiting. 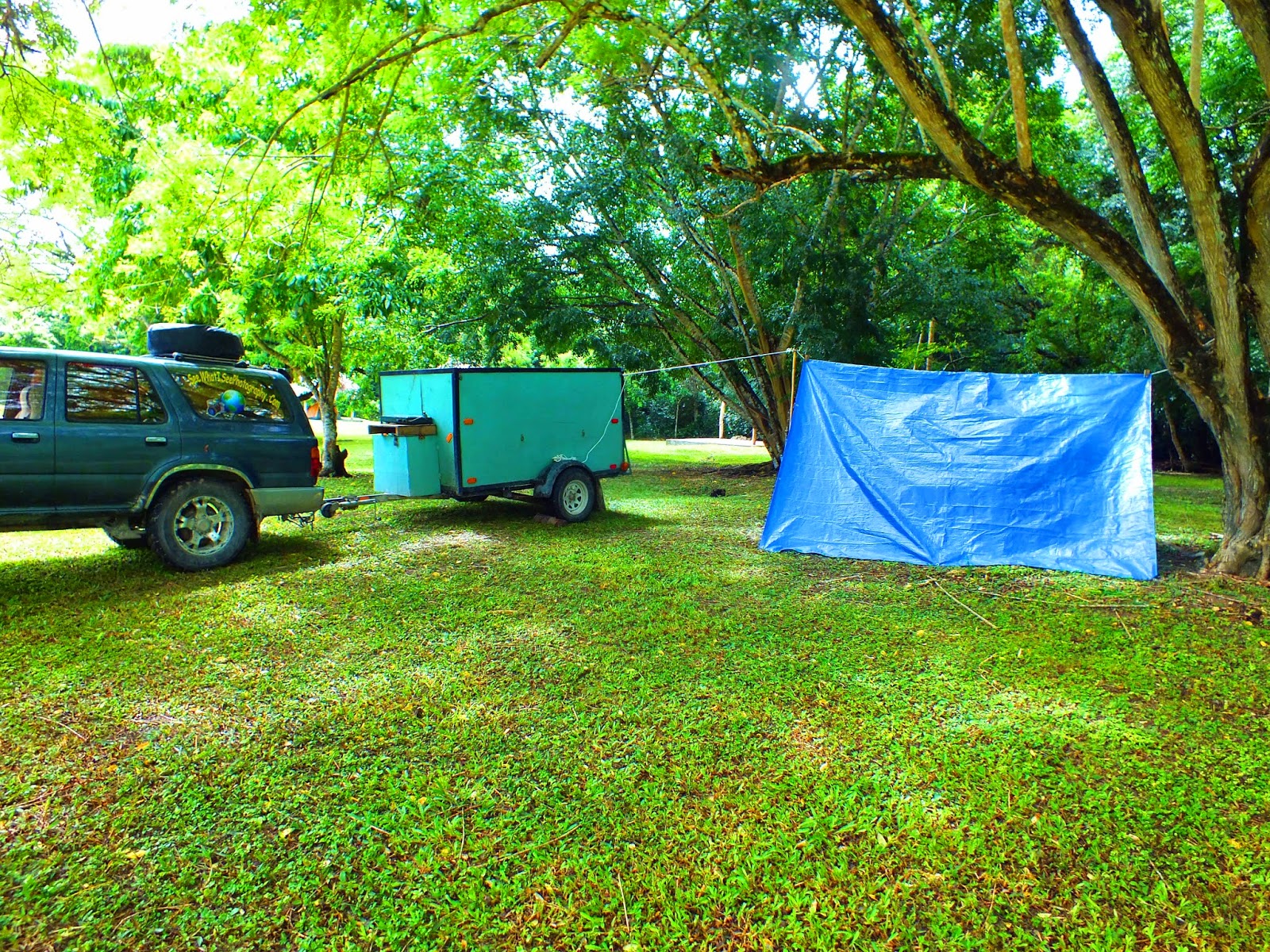 Camping on site is Q50 per day and they have good bathrooms and showers. But best of all, you get covered areas for your tent that keeps it cool and protected from the hot sun and hard rains. 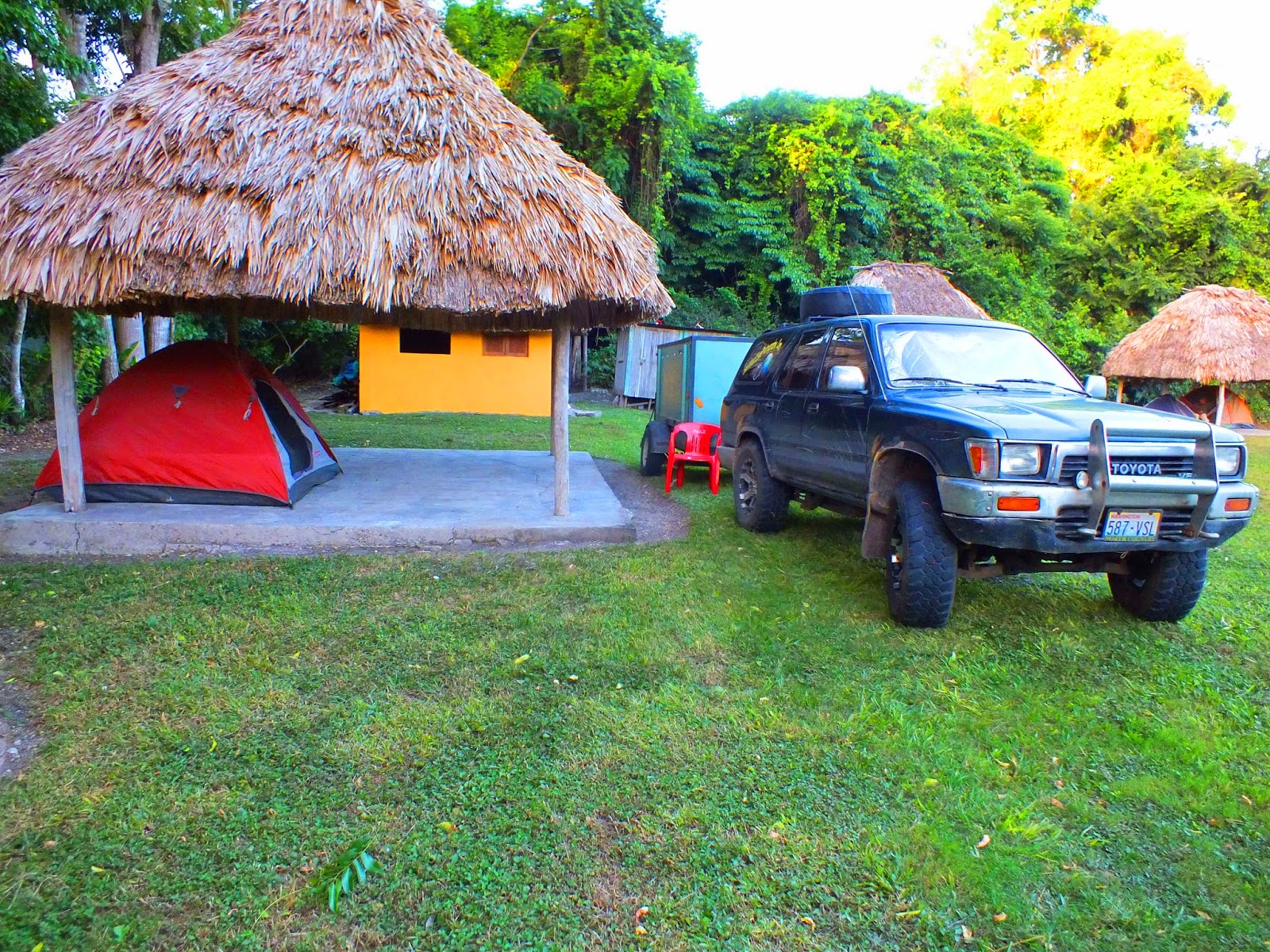 Jaguar Inn also has a very small camping space but it only has one covered areas that when I look it had 4 tents under it, at Q50 each, bathrooms but no showers.
Posted by Unknown at 10:38 AM