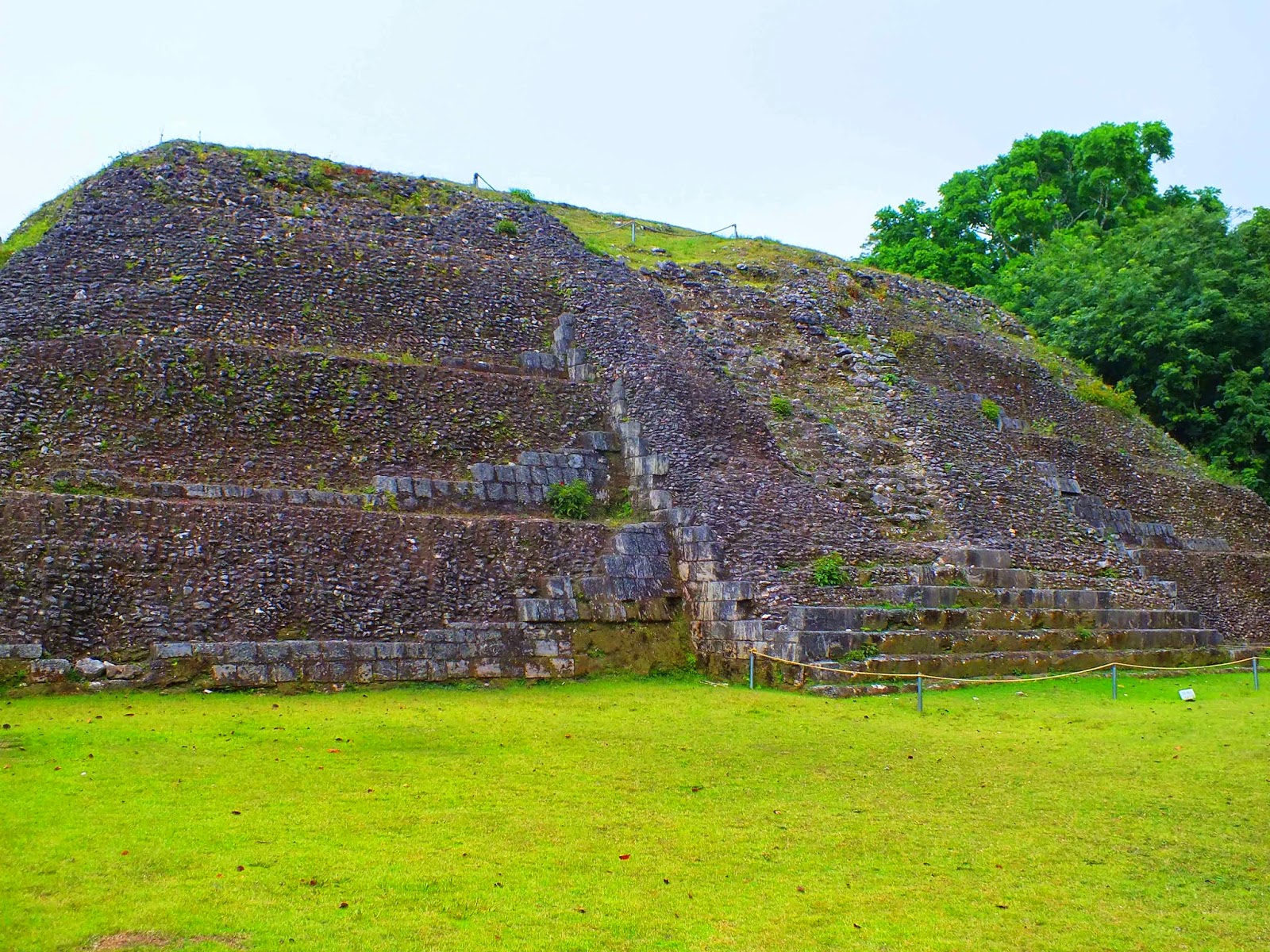 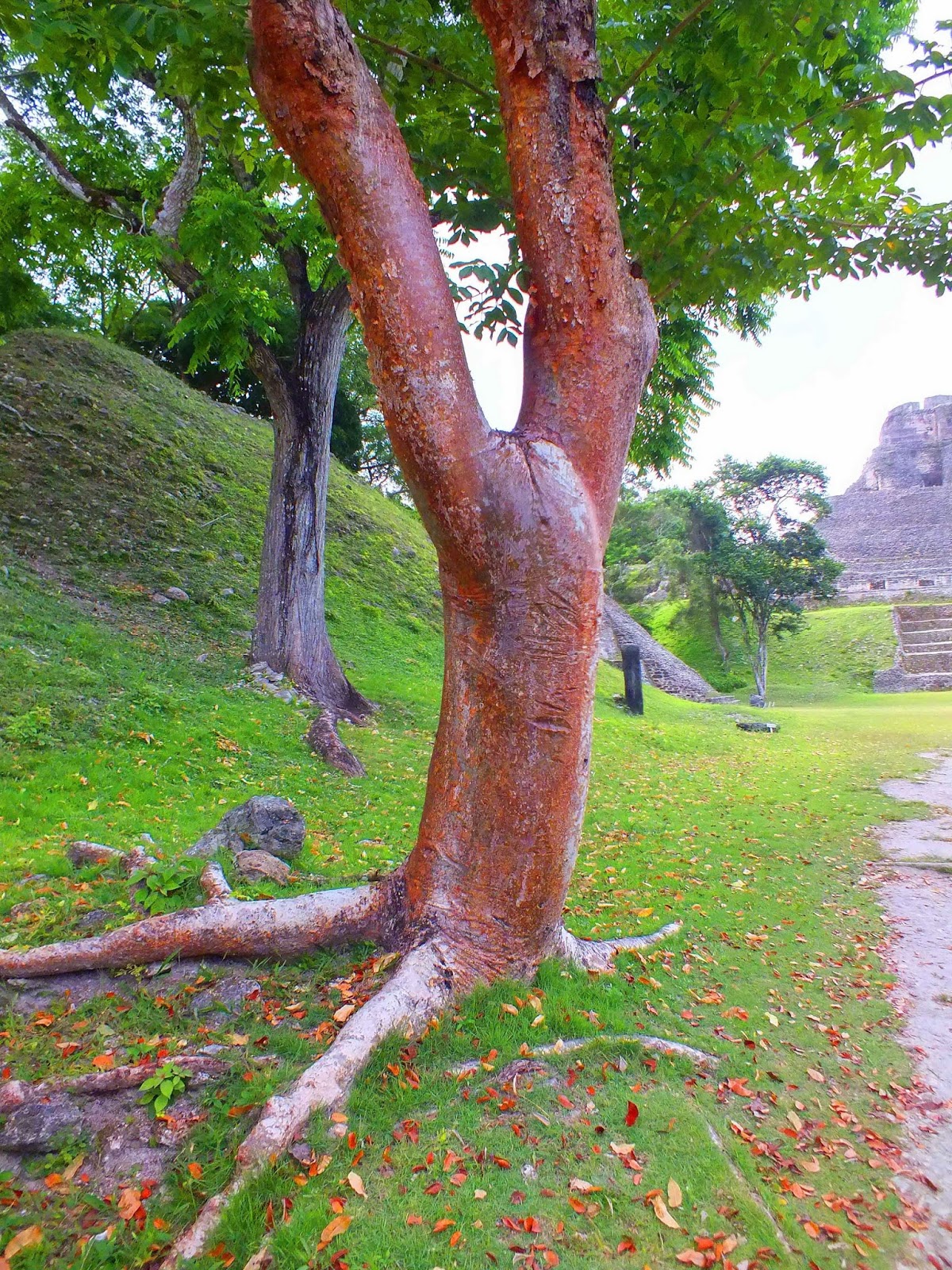 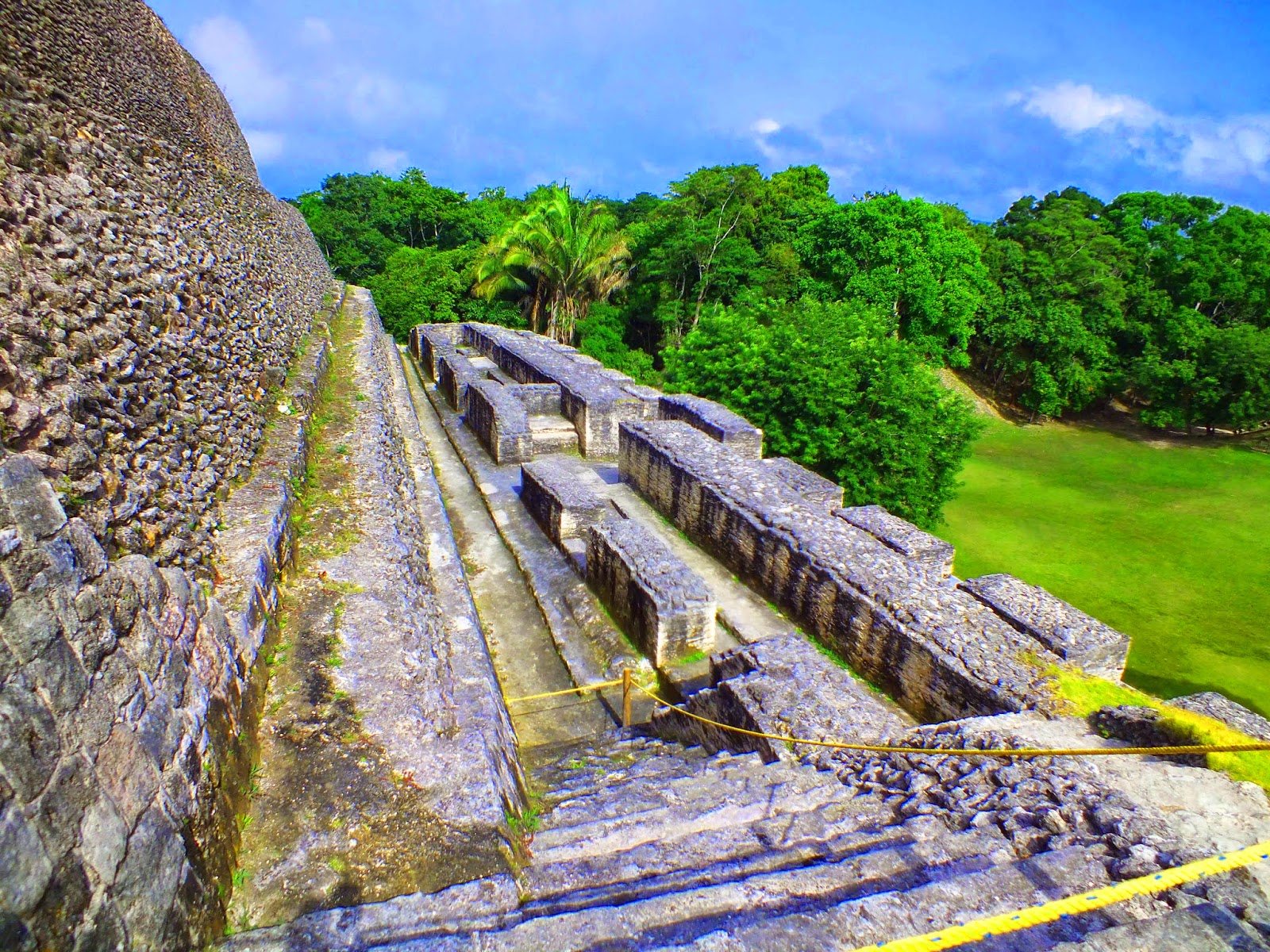 Xunantunich is located atop a ridge above the Mopan River, well within sight of the Guatemala border – which is a mere 1 kilometer (0.62 mi) to the west. It served as a Maya civic ceremonial center in the Late and Terminal Classic periods to the Belize Valley region. 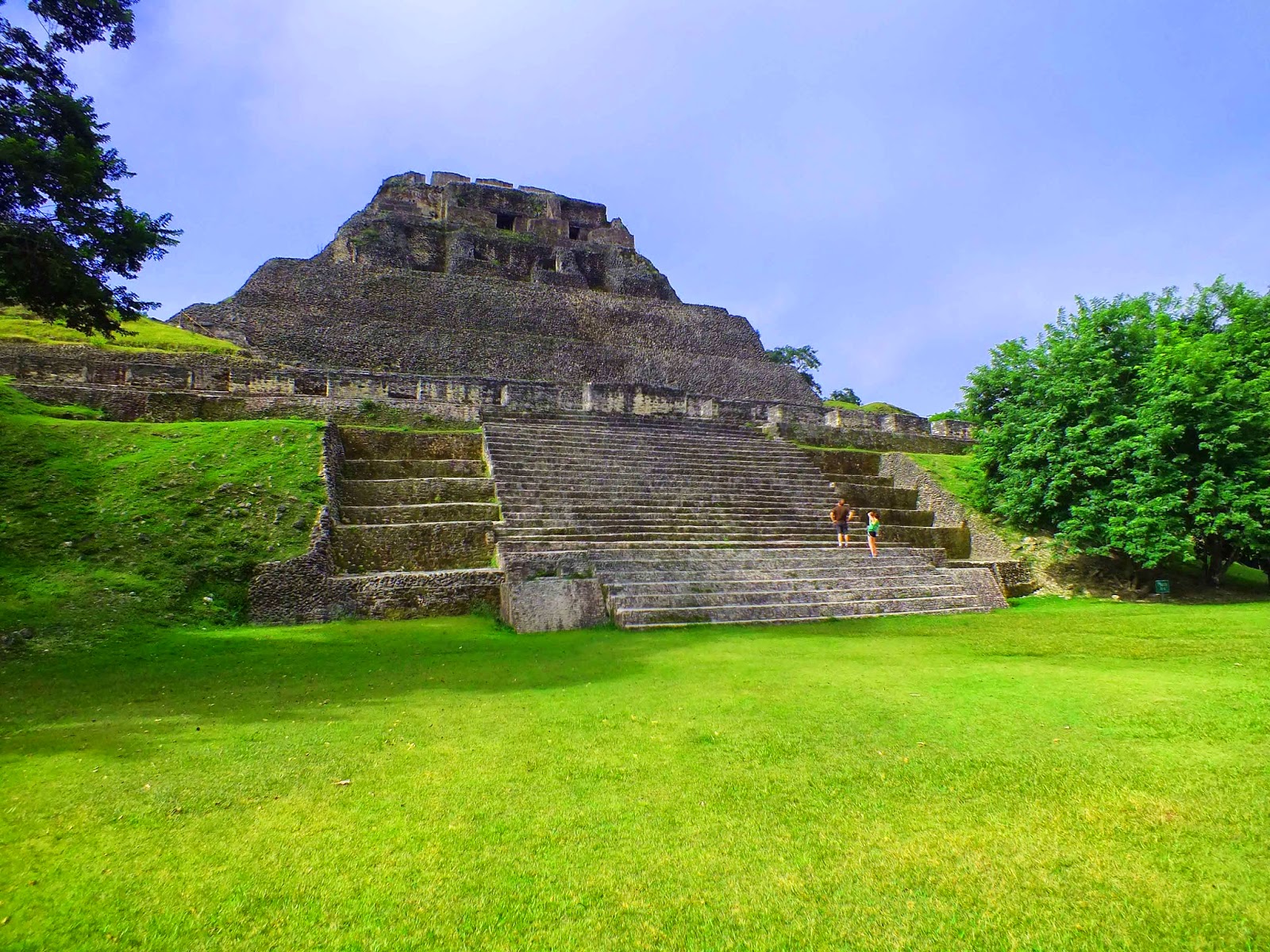 Xunantunich’s name means "Stone Woman" in the Maya language (Mopan and Yucatec combination name), and, like many names given to Maya archaeological sites, is a modern name; the ancient name is currently unknown. The "Stone Woman" refers to the ghost of a woman claimed by several people to inhabit the site, beginning in 1892. She is dressed completely in white, and has fire-red glowing eyes. She generally appears in front of "El Castillo", ascends the stone stairs, and disappears into a stone wall.

The first modern explorations of the site were conducted by Thomas Gann in the mid-1890s. Gann’s successor, Sir J. Eric S. Thompson, implemented a more methodical approach, and was able to establish the region’s first ceramic chronology. 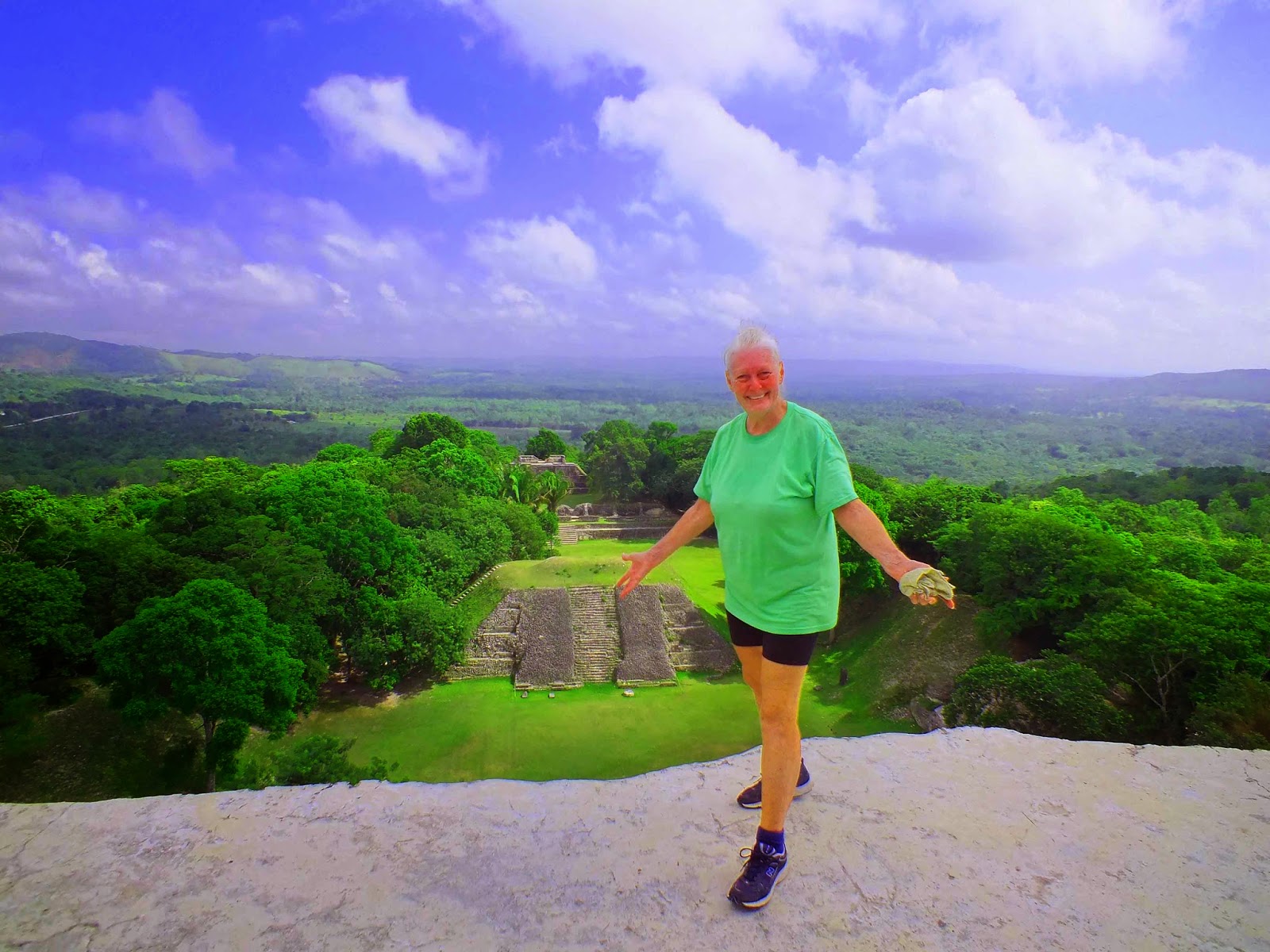 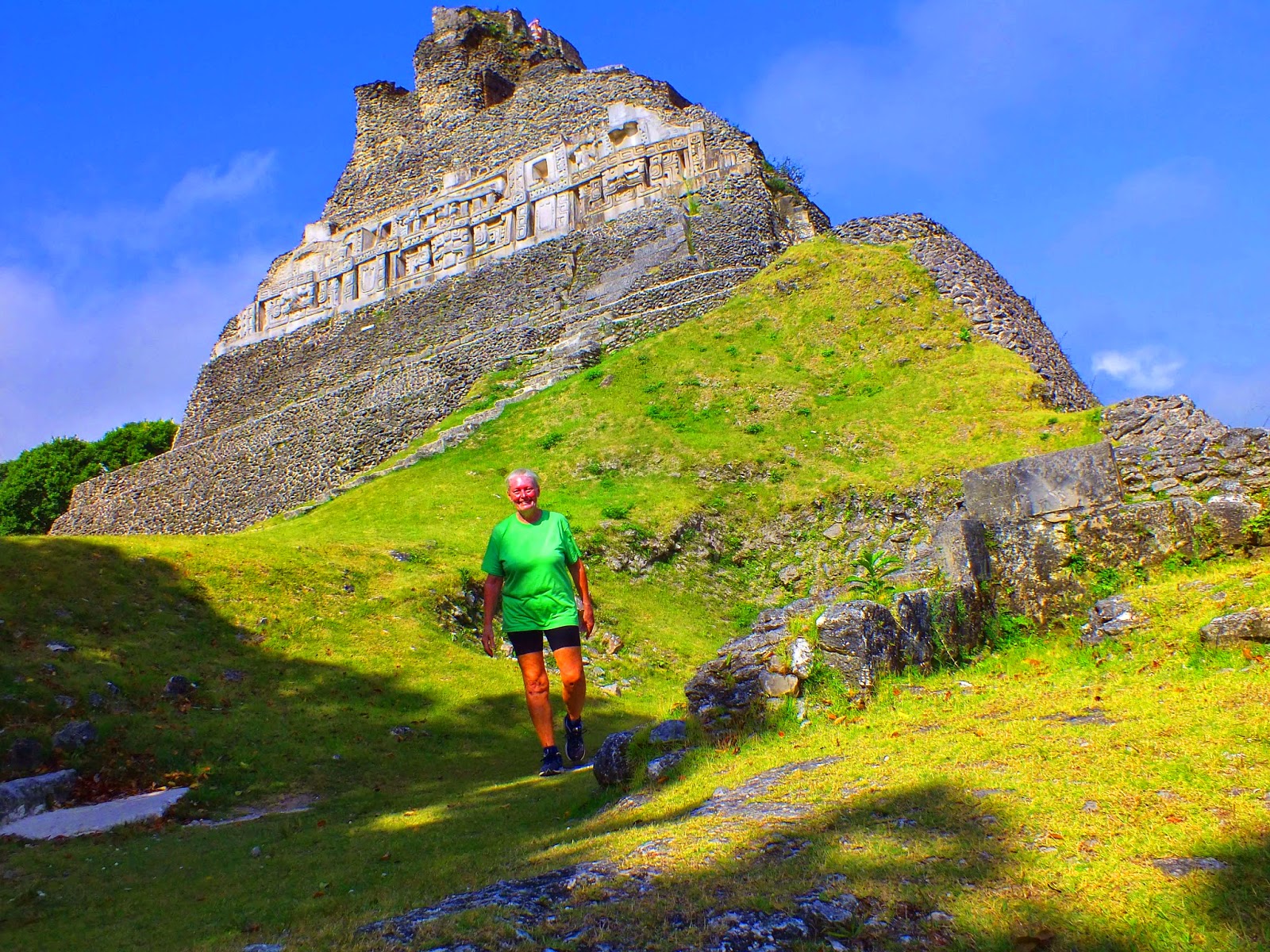 Carvings on the peak of the El Castillo pyramid (Structure A6) at Xunantunich, has an Artistic rendering of plaster frieze on the west side of the 13 story building. The frieze is more than 9 feet high and 30 feet long, which dates back between 800 and 900 AD. The frieze features a three dimensional image of a Maya ruler, ancestor gods, dancing figures and earth monsters. 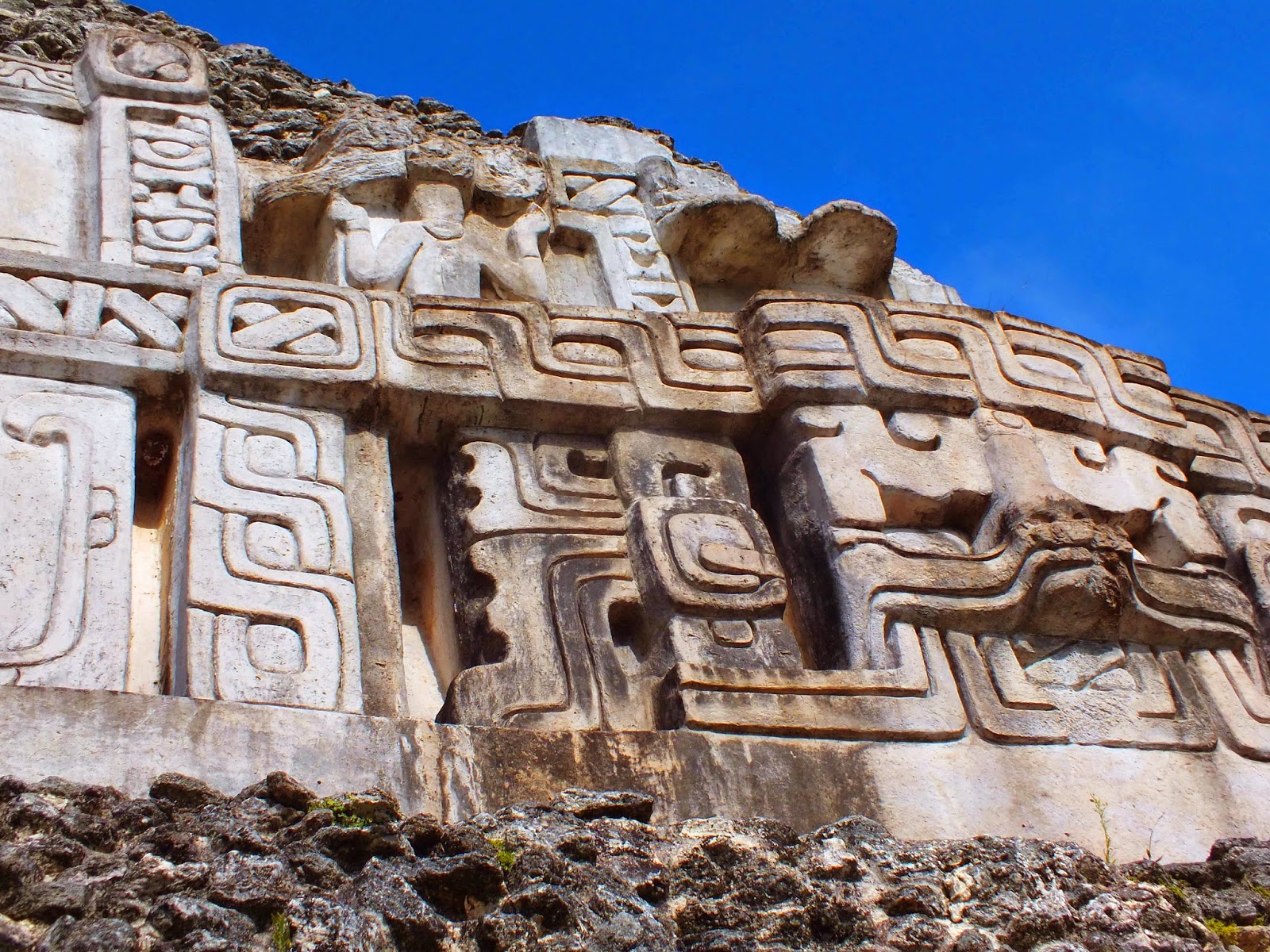 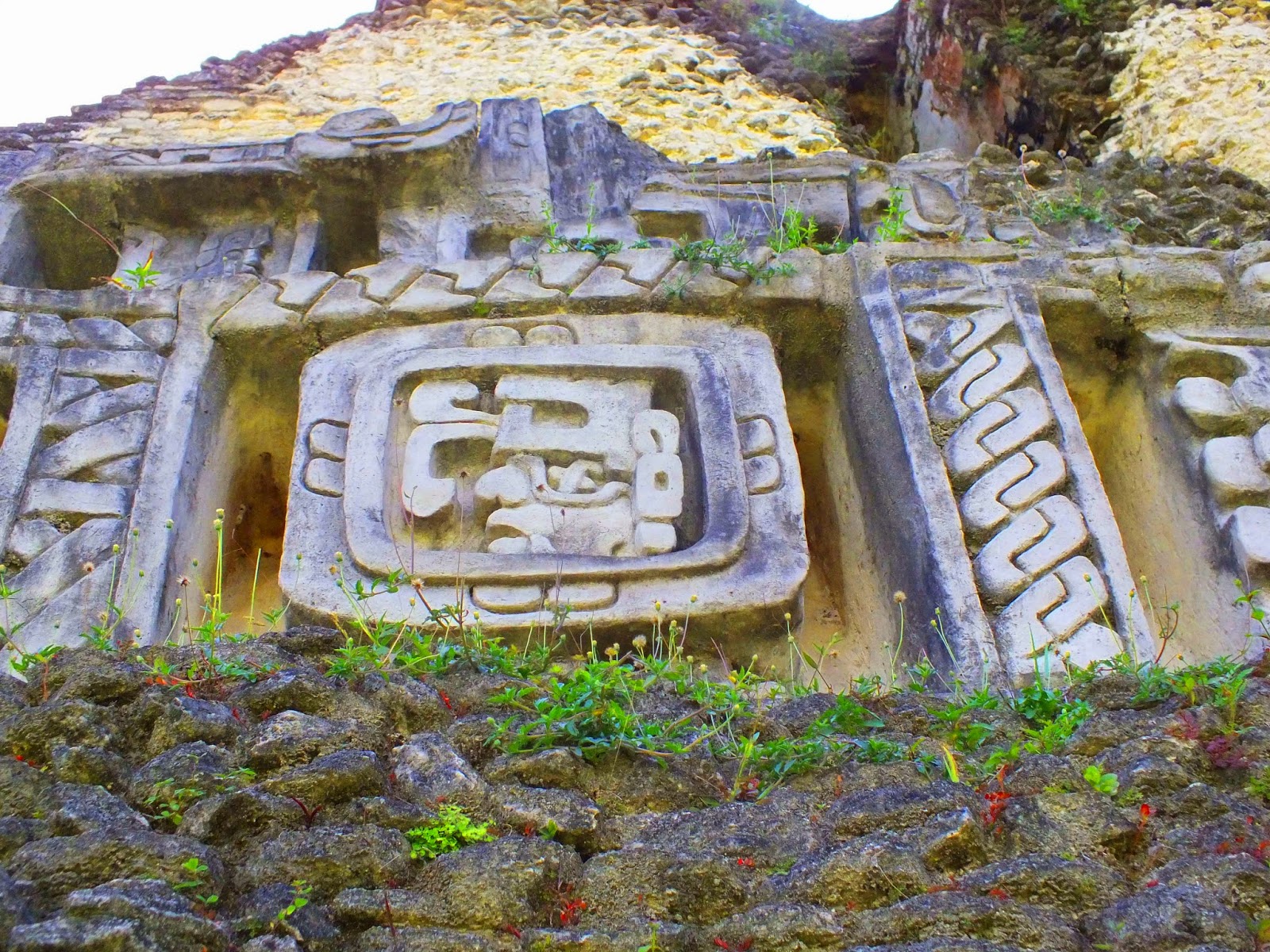 El Castillo pyramid it is the second tallest structure in Belize (after the temple at Caracol), at some 130 feet (40 m) tall. El Castillo is the “axis mundi” of the site, or the intersection of the two cardinal lines. Evidence of construction suggests the temple was built in two stages (the earlier dubbed Structure A-6-2nd, which dates to around 800 AD, and the later Structure A-6-1st). Structure A-6-2nd had three doorways, whereas Structure A-6-1st only had doors on the north and south. The pyramid lies underneath a series of terraces. The fine stucco or "friezes" are located on the final stage. The northern and southern friezes have eroded, and the others were covered during the reconstruction and over time. There is a plaster mold on the Eastern wall frieze. The frieze depicts many things. Each section of the frieze is broken up by framing bands of plaited cloth or twisted cords (which represent celestial phenomena). The frieze depicts the birth of a god associated with the royal family, gods of creation, as well as the tree of life (which extends from the underworld, the earth, and the heavens). 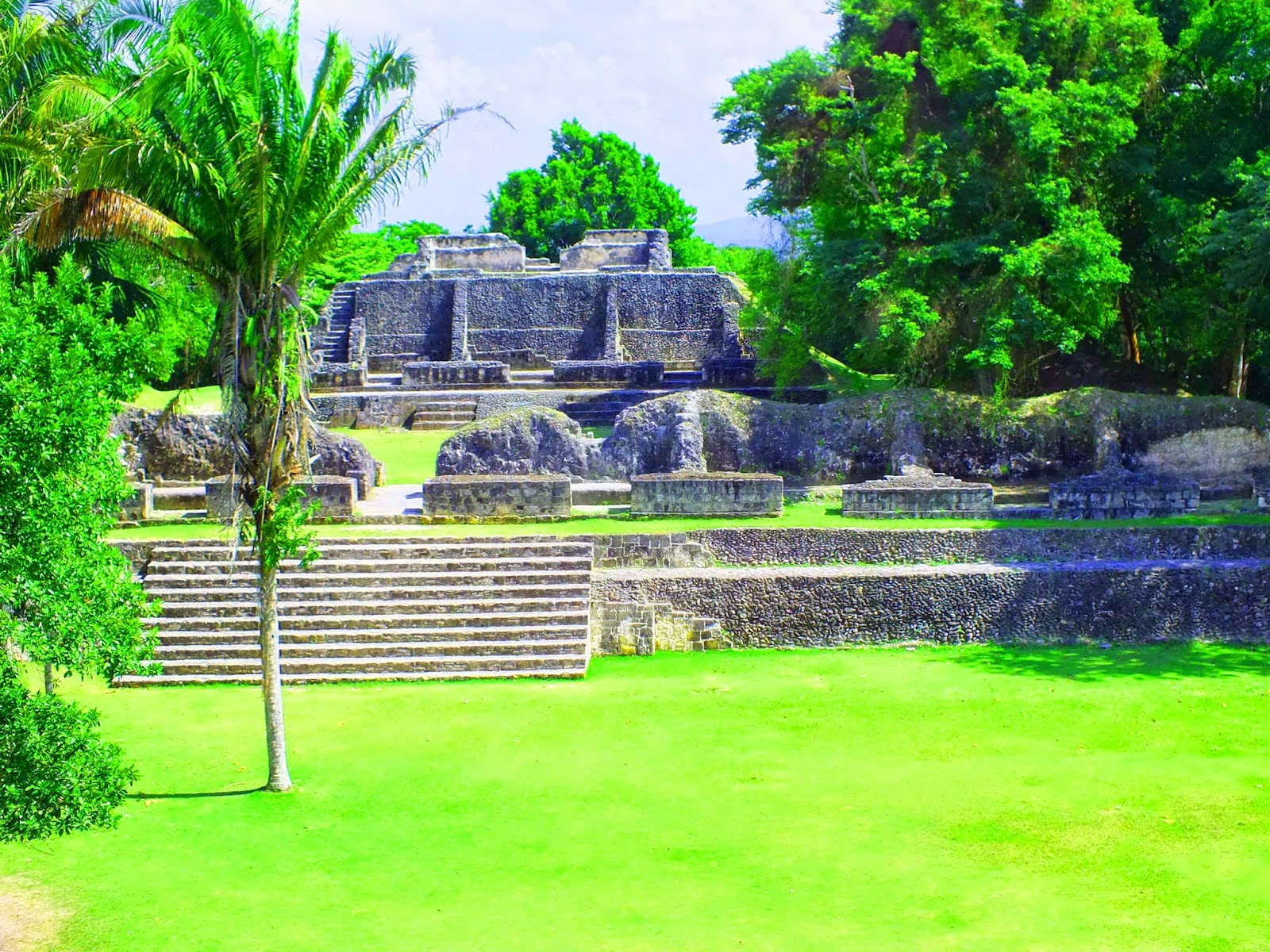 This site has a well maintained park with easy walking pathways so wheelchairs, strollers and walkers can get around, you just will not able to climb the pyramids. The hand crank ferry is a wheel on off one.

It was a very nice ruin to visit and I recommend it to all. I know my grand-kids would have love it.
Posted by Unknown at 3:31 PM