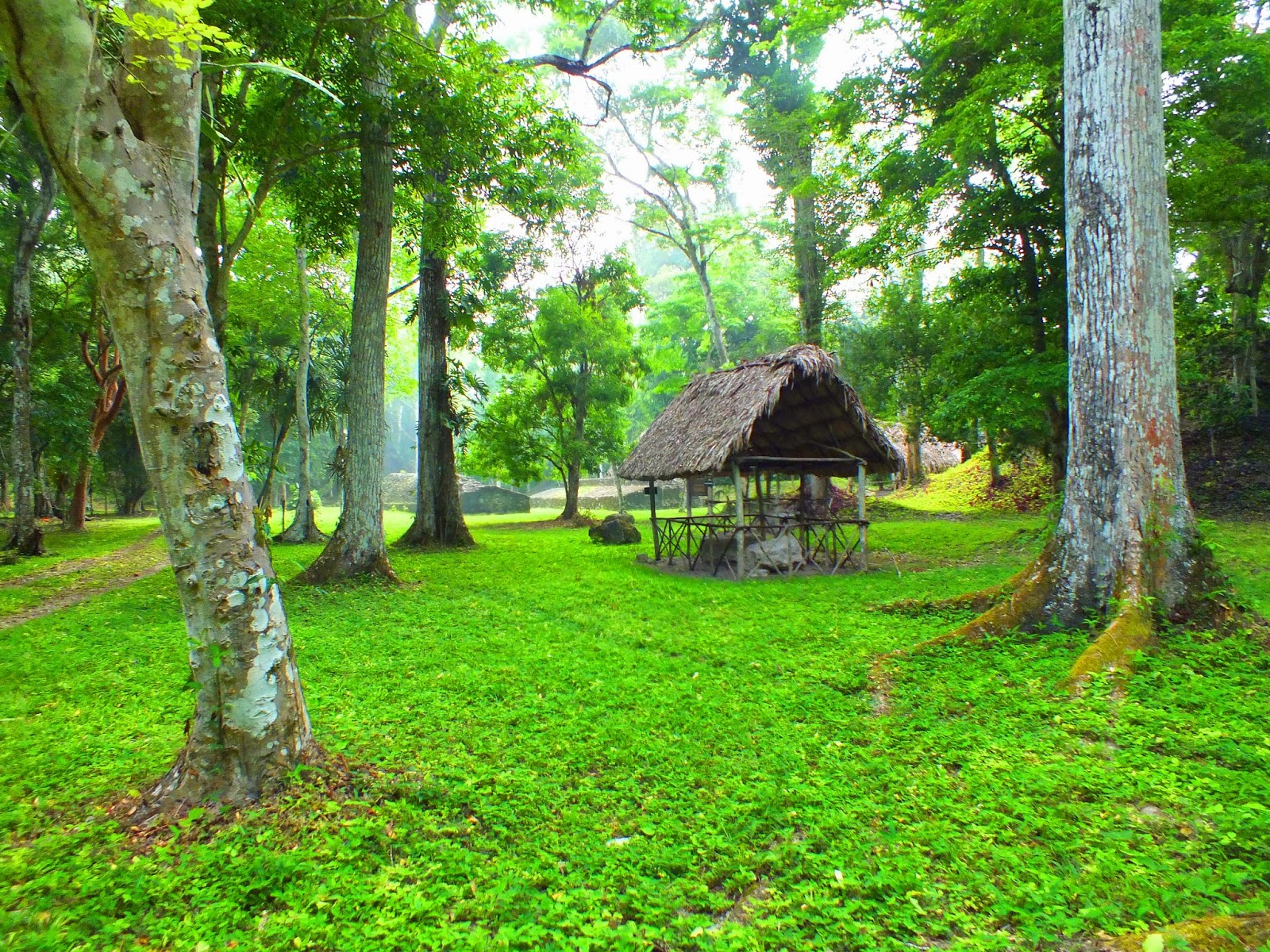 Uaxactún is quite different than Tikal; it is within a quiet sleepy little village. It is 23 km (15 miles) on the north side of Tikal National Park, but the road there was a rough white limestone dirt road and took me over an hour to drive. The road was very dry and dusty so when I arrived my wonderful green Toyota 4Runner was now white with dust and in desperate need of a washing. 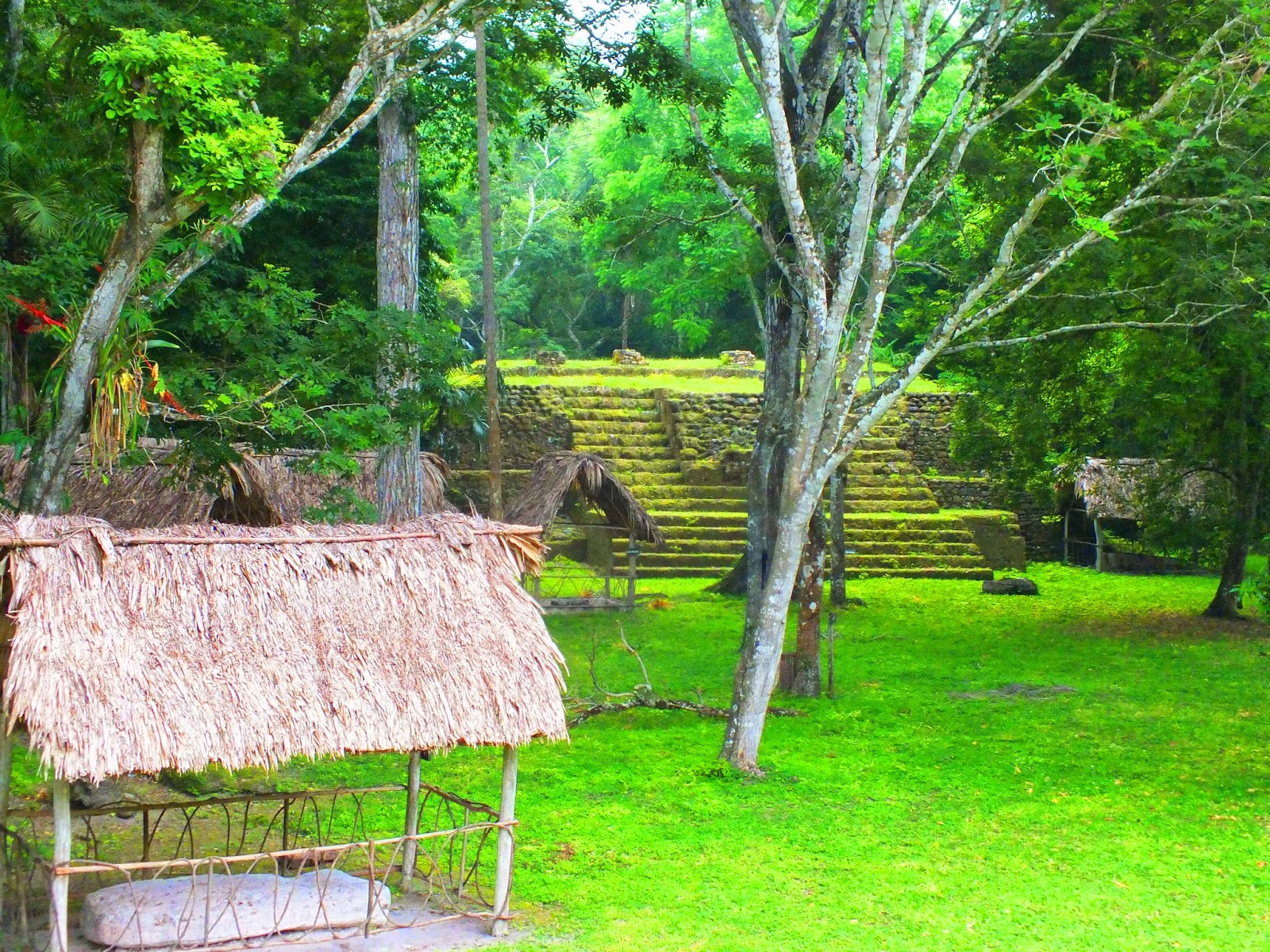 This site is far less developed than Tikal but still well worth a visit; it is situated within the confines of a working community so you need to walk through the village to get to the different sections of the site. I stayed there for three nights and it only rained a little so it made for a very pleasant stay (their rainy season can be intense and extreme). 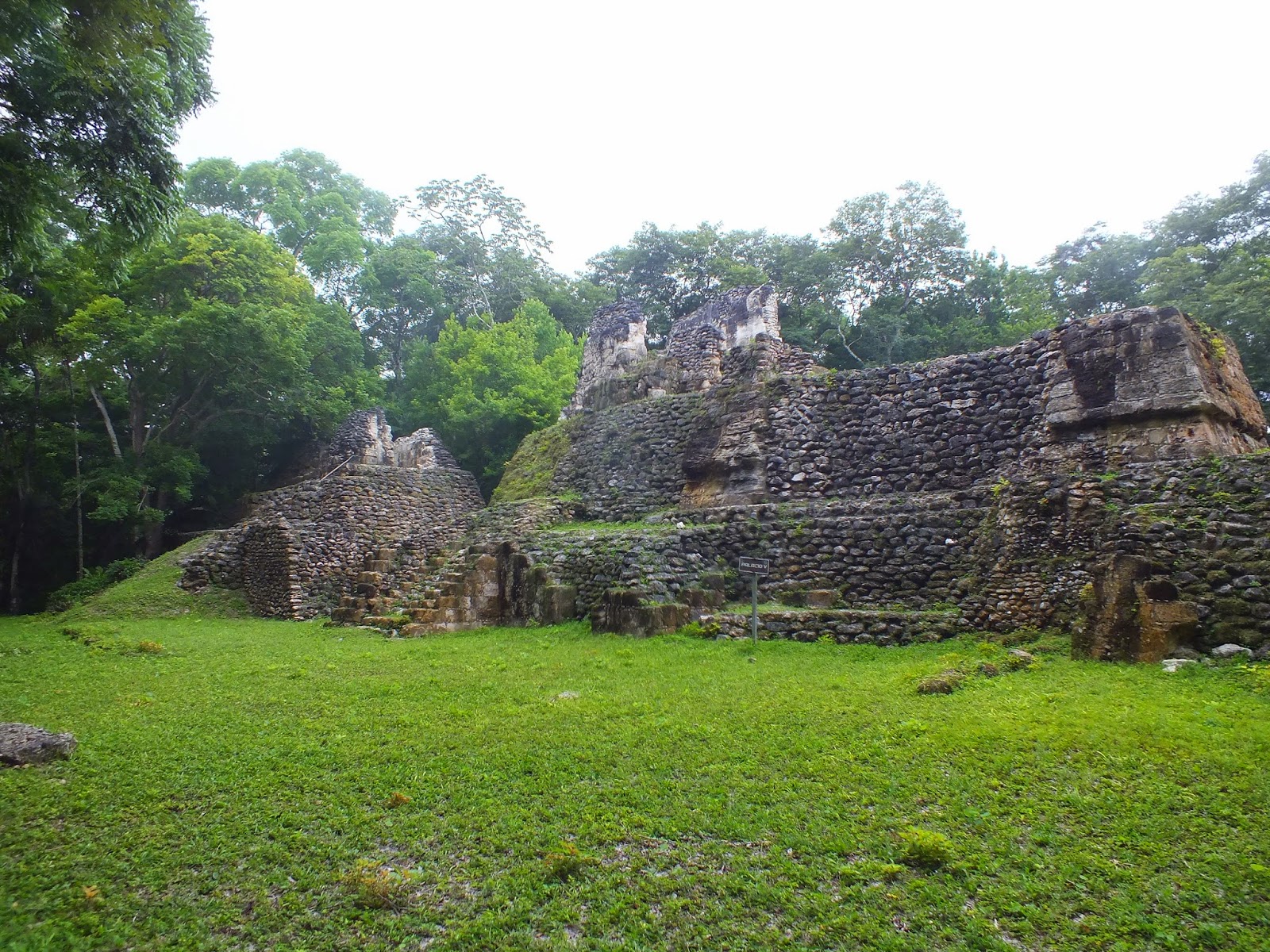 Uaxactún was founded around 500BC and was occupied until shortly after 900AD, giving it a 1400 year history. The archaeological site is divided by an esplanade made into two main compounds. Group A and B had the most complex buildings and compounds. Group D, E, F, and H are the oldest in Uaxactun and present much monumental architecture and sculptures. 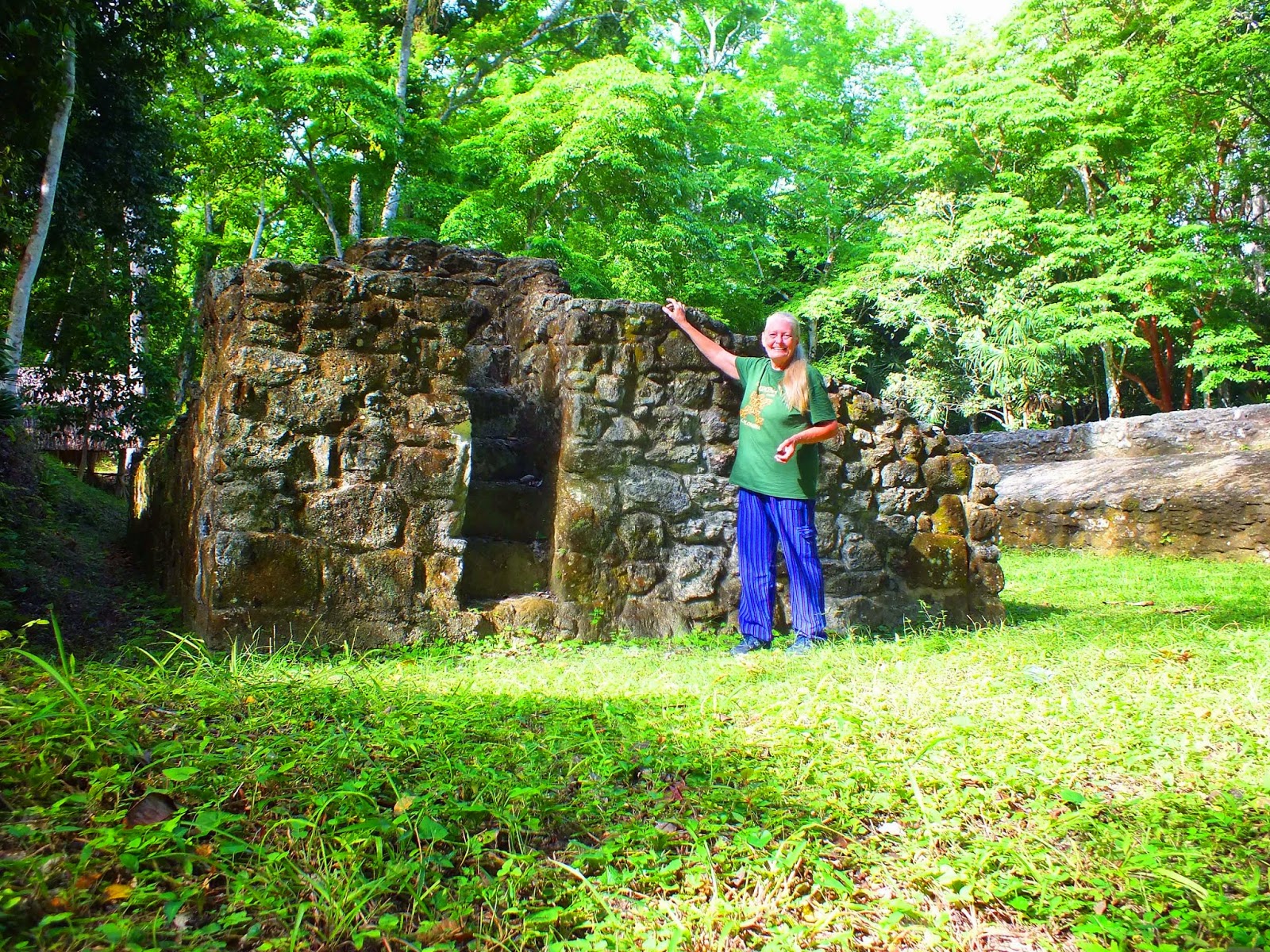 Uaxactún’s name was proposed in 1916 by U.S. Archaeologist, Sylvanus Morley. It is composed of two Mayan words Uaxac (eight) and tún (stone) and makes reference to the Mayan date 8 Bak’tun engraved on stela 9 and means 328AD. 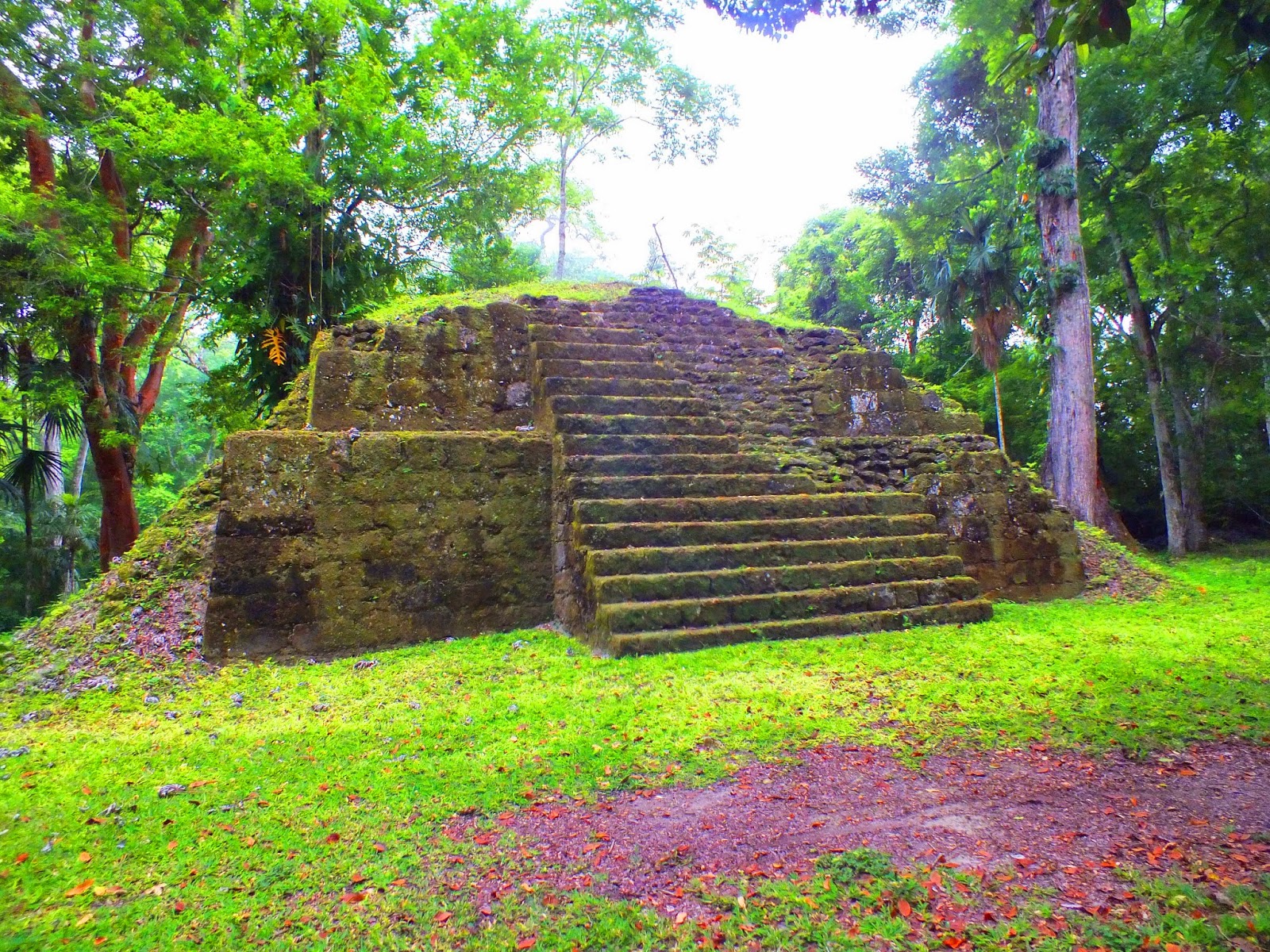 Both sites are within the Mayan Biosphere Reserve, the largest tract of forest in Guatemala and protected from threats from fire, deforestation caused by the expansion of agriculture and ranching, illegal hunting and logging, trafficking of wildlife, water pollution to name a few. 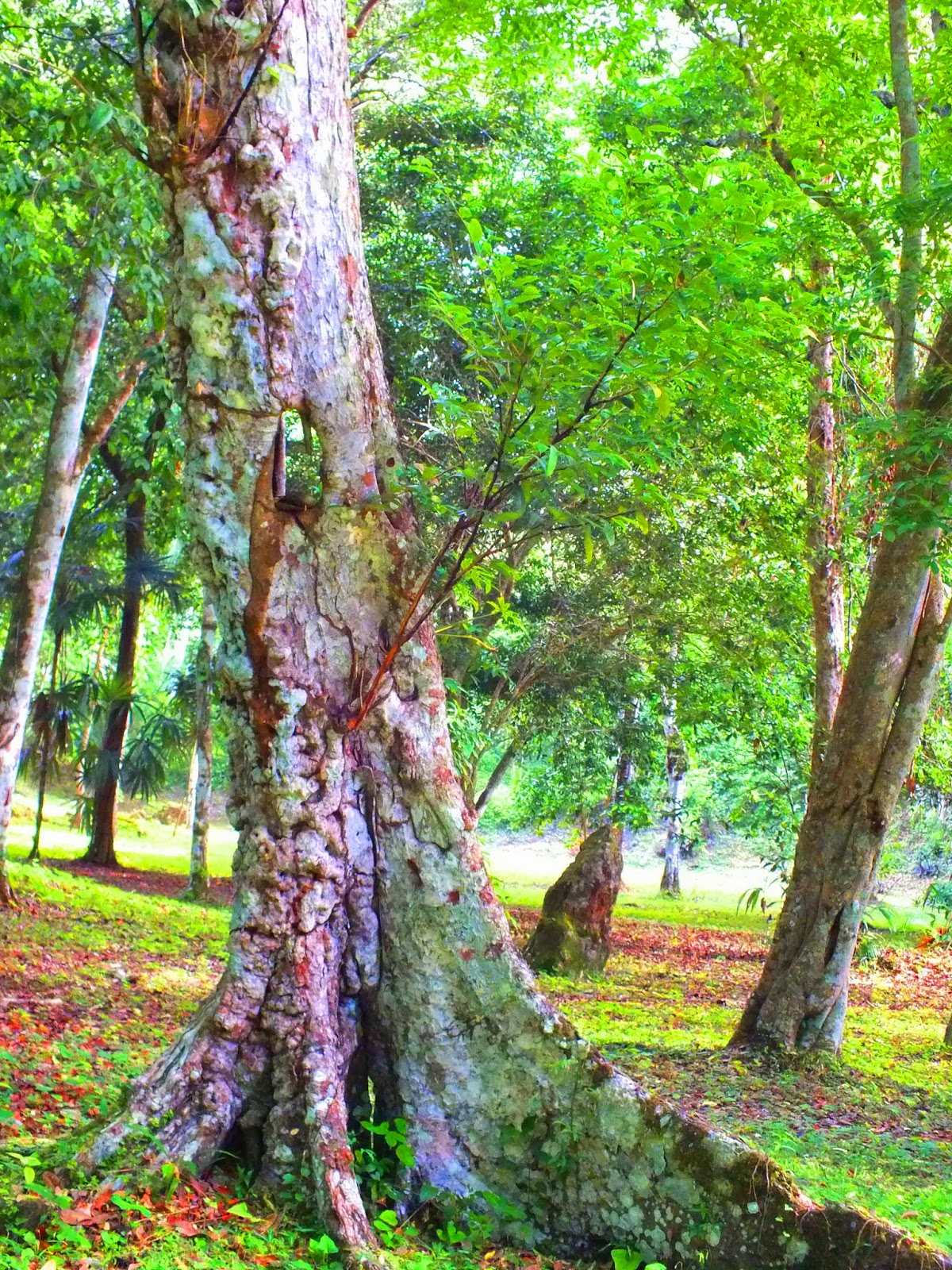 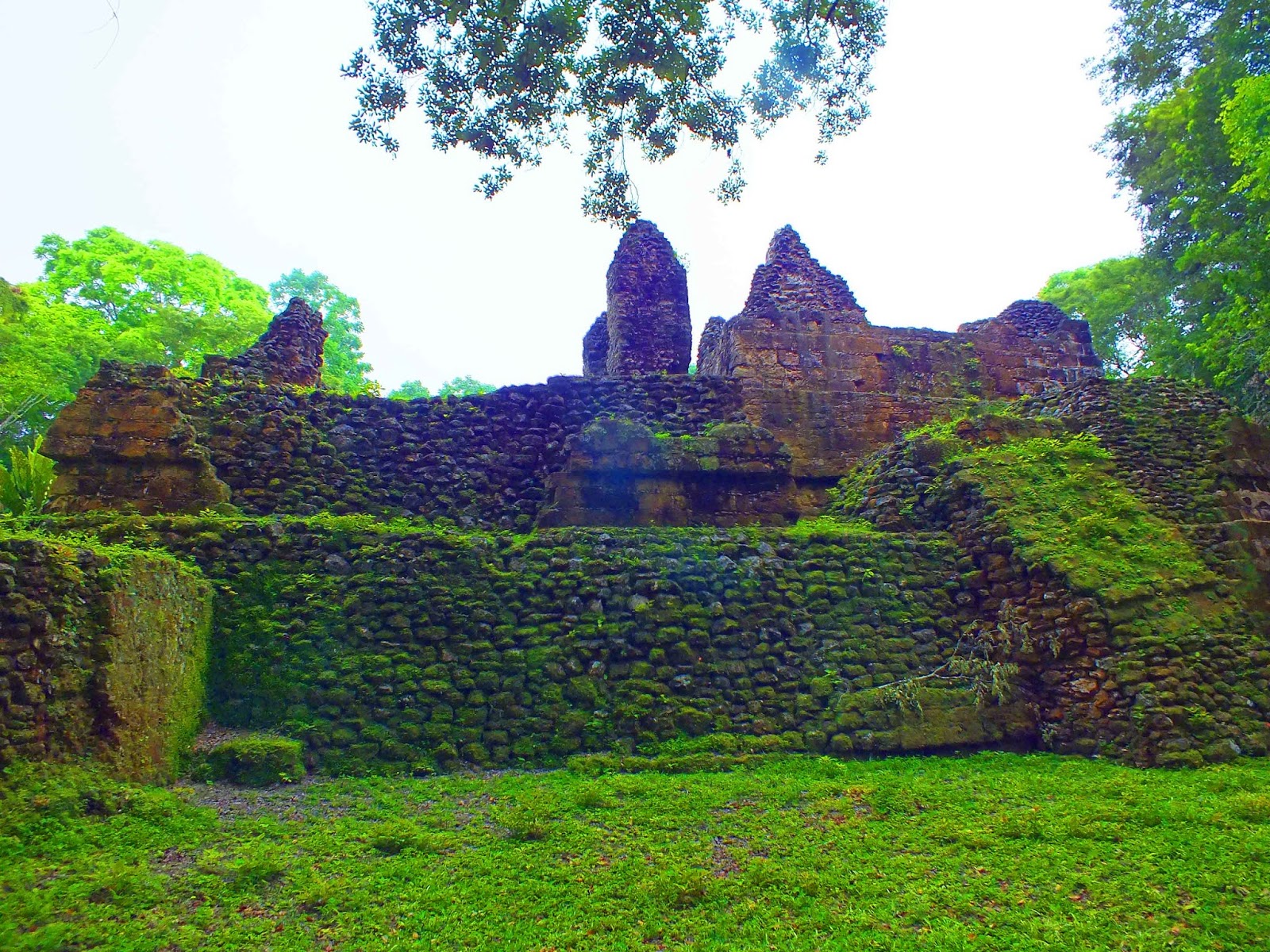 As I left Uaxactún to go back to Tikal, planning on camping there again for a night or two, there I will be able to give my great car a good washing. But as it turned out it has been raining at Tikal since I left. The dry dusty road was now wet, slippery and the mud got packed into the tread of my tires so they were as if they were bold. It is good that I have “low 4 wheel drive”, which makes my car trudge through just about anything. It is still raining and hard at times, so my car got a natural washing and is back to being green. 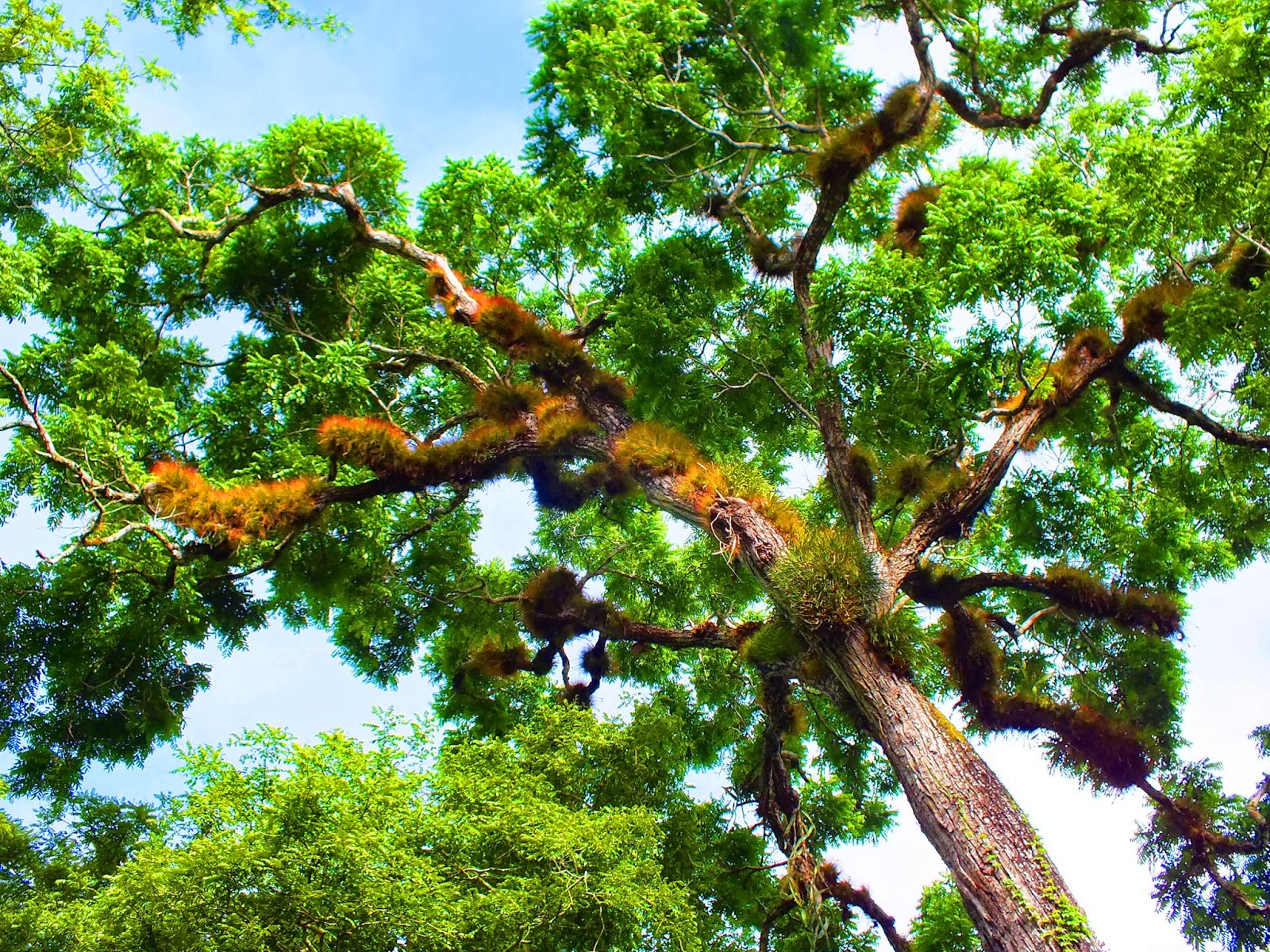 Some of the main products produced in the area are: 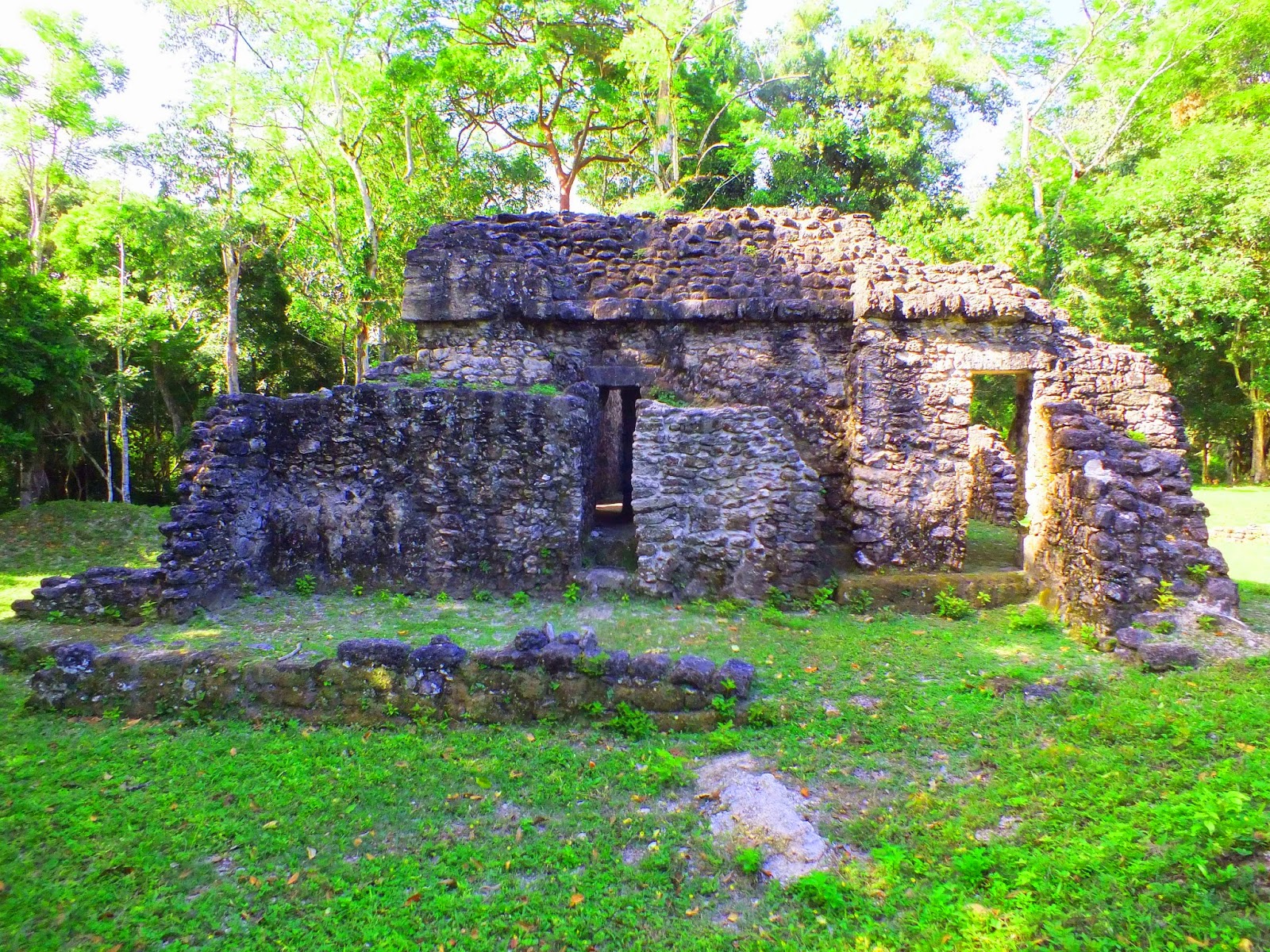 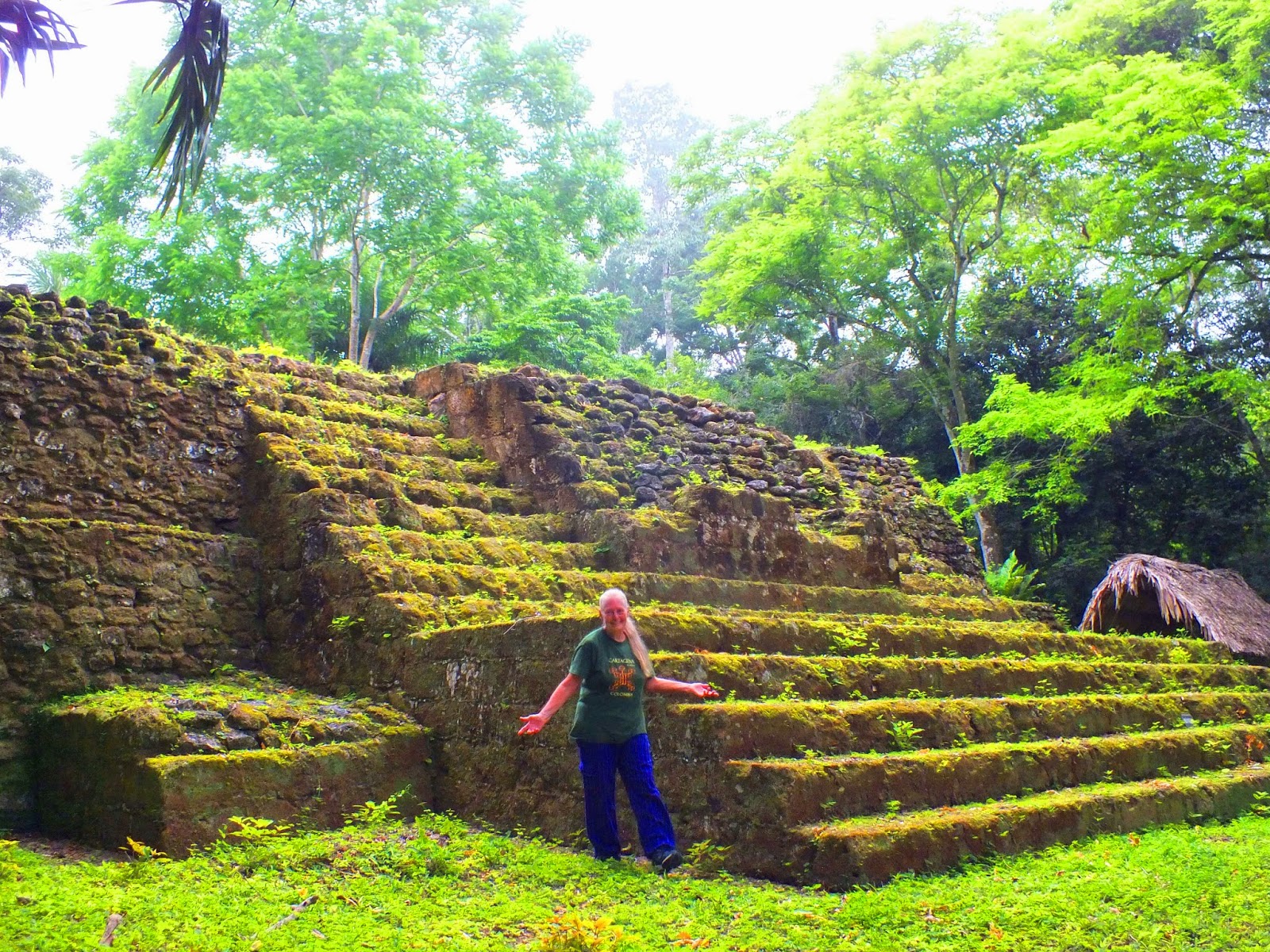 To facilitate the commercialization of chicle or white gold, in 1926 a landing strip for light aircrafts was built. It was not until 1980 the first road was built. The Sapodilla is one of the tallest trees in the Tropical Forest: up to 130 feet high and three feet in diameter. 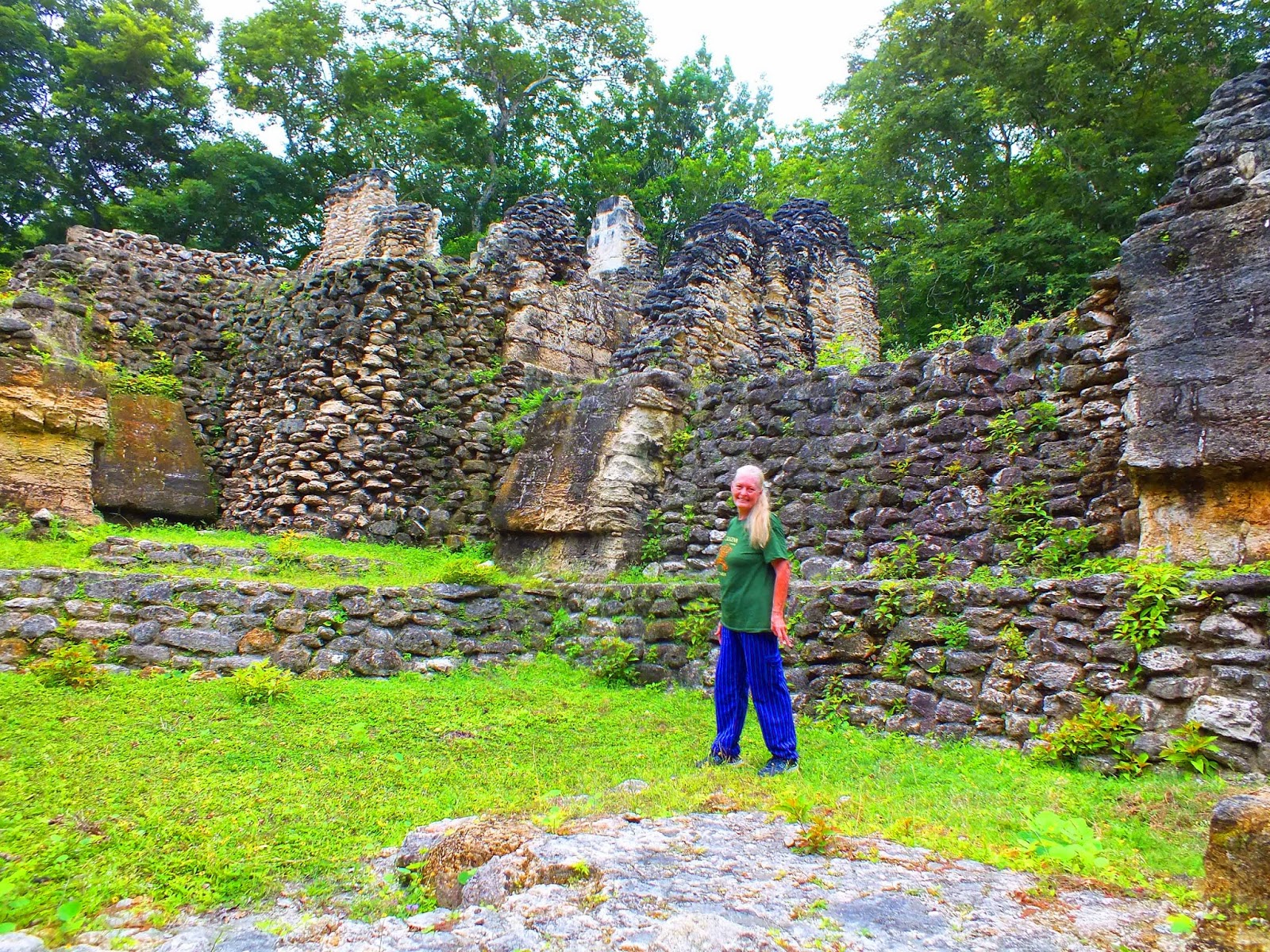 Allspice grows naturally in the rainforest of Mexico, Central America and the Caribbean. It was discovered in the 15th century by Spanish conquistadors who thought it was black pepper. In the 16th century it was introduced to Europe and quickly became popular as a new spice, mainly in England. Allspice also has many uses not only as a condiment and seasoning for dishes and beverages. The fruit and leaves have medicinal qualities: as disinfectant, antiseptic, sedative, painkiller, and helps with digestive problems, as well as many other things.