Guatemala my new home for June 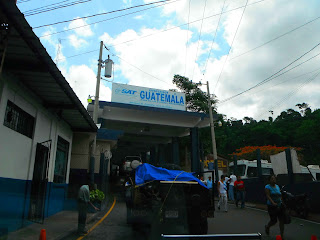 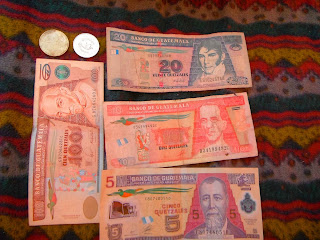 Guatemala understands that home built trailers may not have a VIN on them, plus a few extra quetzals (Guatemala money), and I now have a multi country three month car pass. So before the three months is up I will get someone to fix my trailers number problem. Even though I started early, it still took several hours to go through the process. So I did not get started traveling in Guatemala until late afternoon. My first day driving was interesting, to say the least, without a game plan or a clear road map.

Gas in Mexico sold by the liter at about 11.5 pesos each (3.78 liters per gallon), here when I saw the first gas station sign at 35 quetzals and not knowing the exchange rate I thought the gas prices were going to kill me with three times what I have been paying. When I had no other choice and was driving on fumes, I stopped and lucky me gas was sold by the gallon here. But still making it about $4.50 a gallon, the exchange rate is 7.8 quetzals per 1 US dollar. 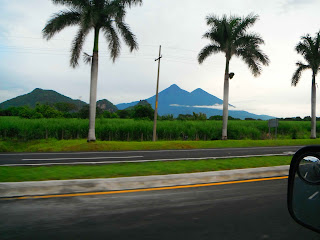 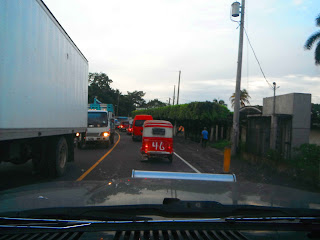 Rainy season started here a few months ago, so everything is lush and green. Crops have been planted even on the side of the road and between fences and the highway. No suitable land goes to waste here. The heavy rains come with a vengeance, and to add to it, we get serious thunder and lightning storms. That makes it hard to drive with the rains coming down so hard I could not see. I parked at a gas station to wait it out for a few hours then pressed on. I drove till after dark, usually not a smart idea anywhere down here. But about 9pm I found a wide spot on the side of the road and pulled over and stopped. It was still raining, and I was getting tired. Traffic was busy it was one of few main roads to Guatemala City. About 2am the police stopped and told me I could not stay there it was not safe someone with a gun may come. By now the rains had stopped, so driving was again possible. After a few more hours, and tired again and found a gas station with a few others also wanting to get some sleep, once dawn came it was time for me to continue. 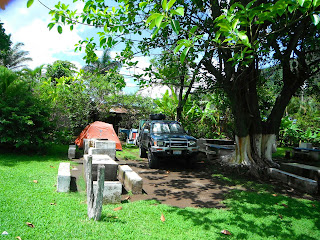 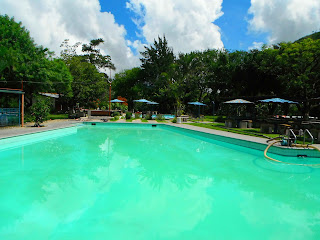 I had copied some pages from the Church and Church book on camping throughout Mexico and some other points in Central America, RVers had so I had some ideas of places to stay. I spent a half day looking for this one spot northwest of Guatemala City, but could not find it. My next choice was two that are just off the main road into Guatemala City and were easy to find. 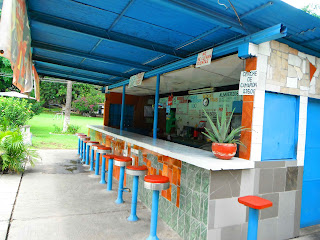 I am staying at the Turicentro La Red Campgrounds, very nice and I plan to stay a few weeks here under the shadow of two volcanos, one is smoking and still active. This will give me a chance to look around the area and get a closer look at the volcanos and ruins in the area. I have to be very careful with my money for the next three weeks till I get paid again, it coasted me more than I expected for the car and trailer passes. I can travel all the way to Panama on those passes. I should be able to cross each country without additional cost. Time will tell.
Posted by Unknown at 9:52 AM