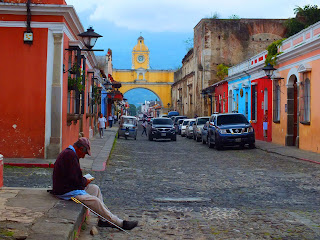 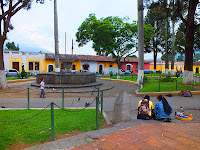 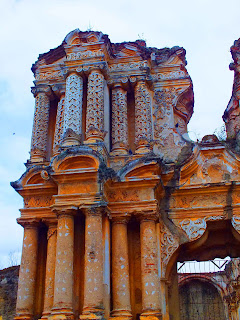 I found this sizable town to be quite attractive and full of Mayan culture and packed with many things to see and do. Nestled between four volcanoes; Fuego, Acatenango, Agua with Pacaya not far away. It is located to the north of Guatemala City at the junction of National Highways 10 and 14, and between Central American Highway 1 and 9 that happens to come together in Guatemala City. This town was founded back in 1524. The city of Antigua, capital of Sacatepéquez Province, Guatemala, is a lovely old colonial city that for many years was the government, religious and financial hub of Central America. After being destroyed by a series of earthquakes in 1773, the city was abandoned in favor of what is now Guatemala City, although not everyone left. Today, it is one of Guatemala’s top tourist destinations.

There are several city guide people that are remarkably skilled in English to show visitors around all the sites. They run 170 Q for about two hours. Their information is excellent, and they are passionate about their town and how it is perceived. 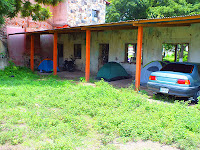 There is free secure parking and overnight camping with cold showers and bad toilets without any other extras at the “Policia de Turismo” right in town.

Painted Buses or chicken buses (called that because you just might find yourself sharing a seat with someone holding a couple of chickens or some other small livestock) are colorful and quite the experience, a must to ride and only costing 3 to 5 Q. 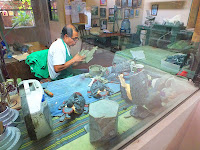 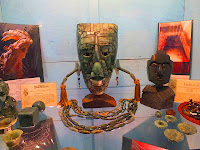 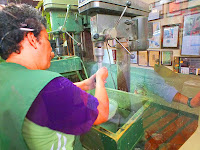 Jade Maya™, Original Jade Factory and Archaeology Museum; they are the first and largest jade plant in Central America, since the Maya. For more information and orders try www.jademaya.com and/or info@jademaya.com Jade Maya support information may be obtained at www.themayaconservancy.org. 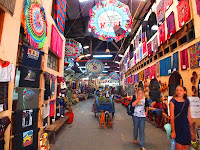 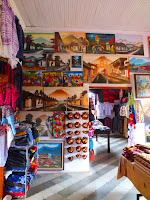 Mayan Textiles; do not overestimte the importance of the handmade clothing to the Mayan identity. The food is exceptional, and a must to try. 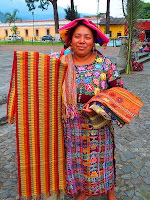 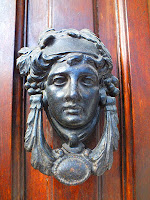 Doors and door knockers, I love the door in a door. So many doors so many styles. Many are still original and more than 300 to400 years old. 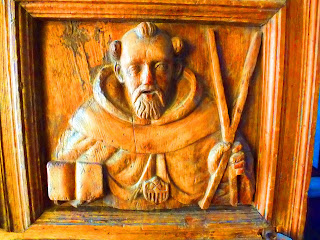 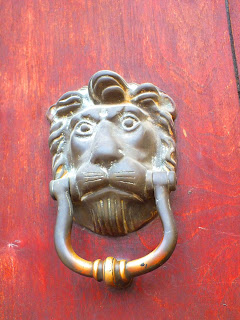 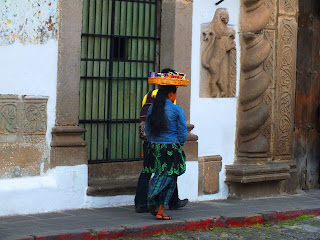 If possible plan your to visit around a holiday like Holly Week that starts on Palm Sunday or the week of All Saints Day, November 1st. The town explodes with traditional Mayan festivities, costumes, foods, and memorable events. 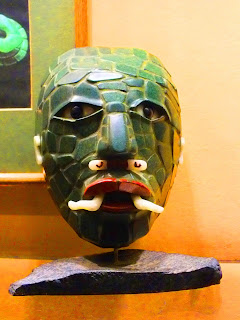 As Guatemala City prospered, the people living in the ruins of Santiago slowly rebuilt their city. People stopped calling it Santiago: instead, they referred to it as “Antigua Guatemala” or “Old Guatemala City.” Eventually the “Guatemala” was dropped and people began referring to it as simply “Antigua.” The city rebuilt slowly, but was still large enough to be named capital of Sacatepéquez Province when Guatemala became independent from Spain and (later) the Federation of Central America (1823-1839). Ironically, “new” Guatemala City would be pummeled by a major earthquake in 1917 and that Antigua largely escaped damage.

Antigua Today:
Antigua retained its colonial charm and perfect climate and is today one of Guatemala’s premier tourist destinations. Visitors enjoy shopping at the markets, where they can purchase brightly colored textiles, pottery and more. Many of the old convents and monasteries are still in ruins, but now made safe for tours. Antigua surrounded by volcanoes: their names are Agua, Fuego, Acatenango and Pacaya, and visitors like to climb them when it is safe to do so. The city has been named a UNESCO World Heritage Site.

Foster, Lynn V. A Brief History of Central America. New York: Checkmark Books, 2007.
And from my personal tour and impression of the town.