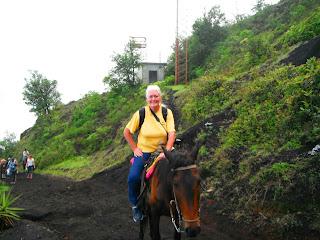 Currently I am camping between four volcanoes; Agua, Fuego, Acatenango and the most active one Pacaya. Pacaya is one of the world's most active volcanoes. It lies approximately 25 km (15 miles) south of Guatemala City. It is at 14.38 N, 90.60 W with a summit elevation at 2552 m (8506 feet). 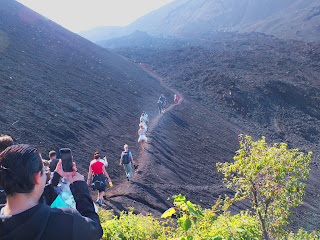 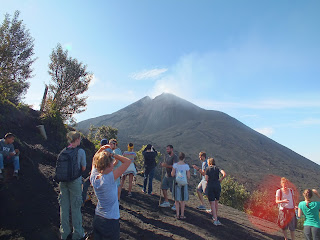 The last time it actually erupted was back in May 2010 when the Guatemala's President declared a state of "calamity" in two provinces and opened emergency shelters to take over 1,700 residents who were evacuated. More than 65 people injured some people are missing, and hundreds of houses damaged by the explosion which hurled stones and ash over a wide area. Before that, in February the same year lava flows from Pacaya volcano descended 100-400 m down the E and NE flanks. 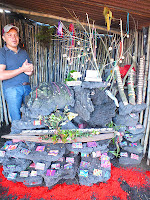 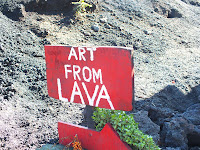 There are two daily tours out of La Antigua one early morning, the one I took (recommended during the rainy season) and one at 2pm that last into the night. After driving up the volcano and parking at the entrance to the park, we met up with our guide four horses and riders that went with us, just in case any hiker wanted to change their minds and ride up. I was the only one in our group of 14 that half way up decided to go with a horse. I am glad I did, it is an exceedingly steep climb, and lava rock can be particularly slippery. Our group was not able to go to the mouth of the volcano and look inside because its current activity. 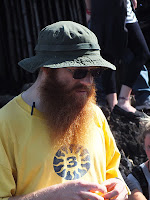 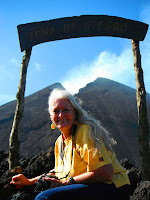 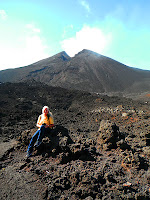 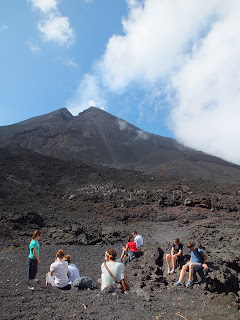 Volcanoes are the most powerful natural phenomenon on earth, and they offer dynamic and varied landforms. There are about 20 volcanoes erupting on the earth on any given day. 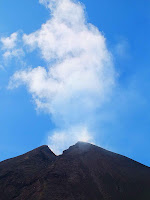 The Sierra Madre stretches from the Mexican border south to Guatemala. The mountain chain contains steep volcanic cones, including Tajumulco Volcano 4,220 m (13,926 feet), the highest point in Central America. Guatemala has 24 volcanoes along the Pacific coastline; five of them are right around Guatemala City.

Information on the volcanoes was acquired from http://volcanolive.com/
Posted by Unknown at 7:20 AM