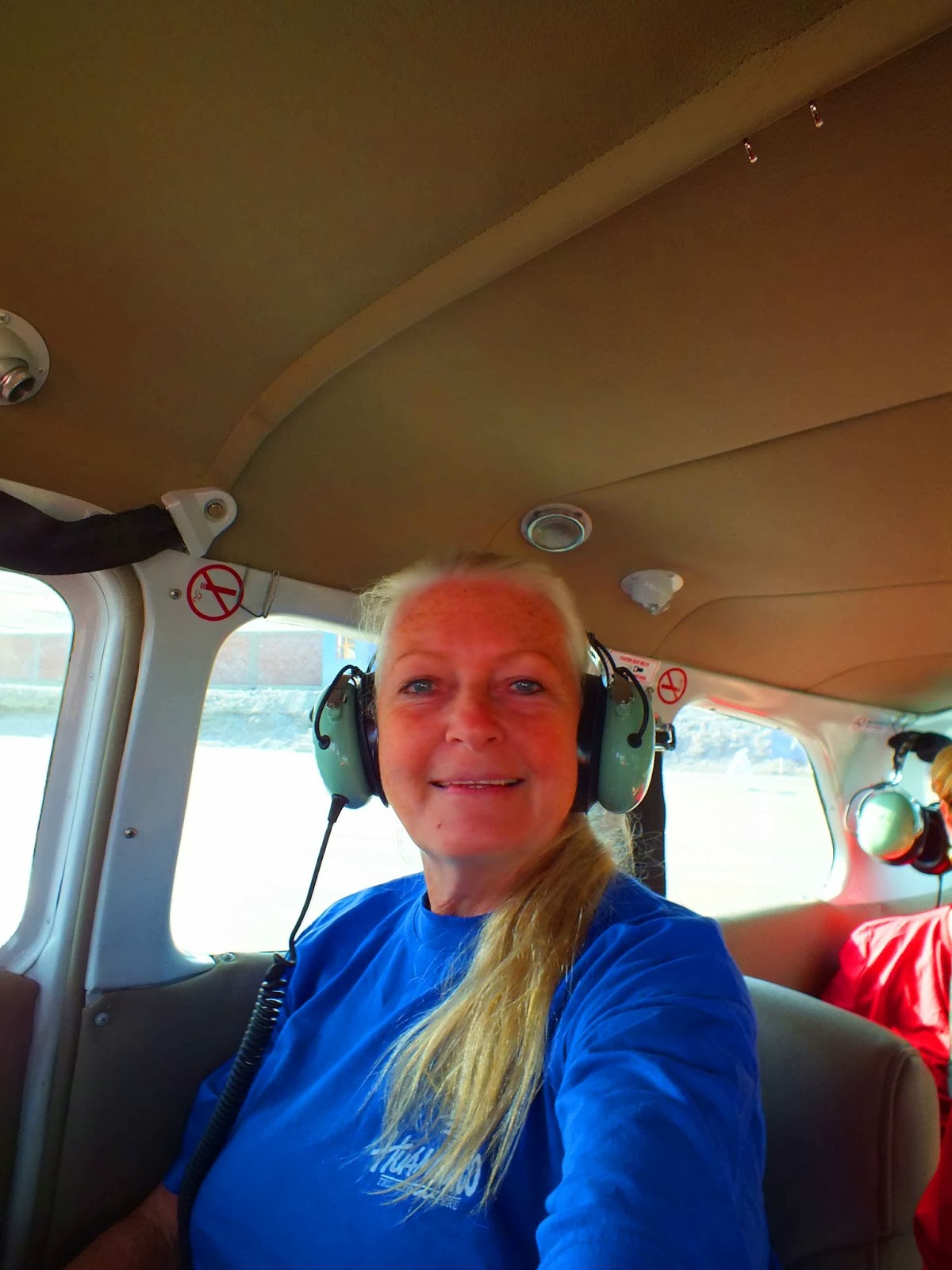 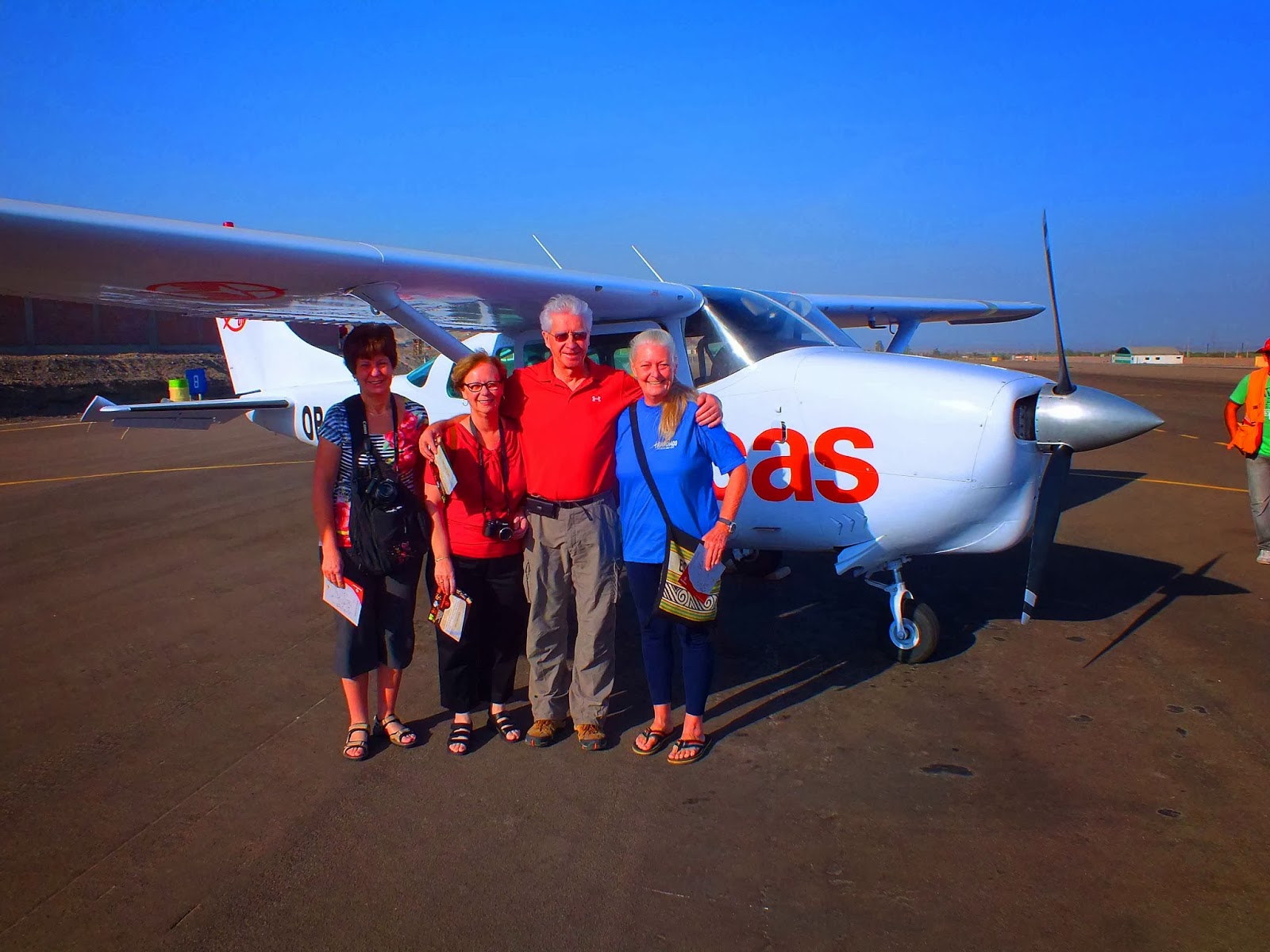 The Nazca Lines are a series of ancient geoglyphs located in the Nazca Desert, in southern Peru. They were designated as a UNESCO World 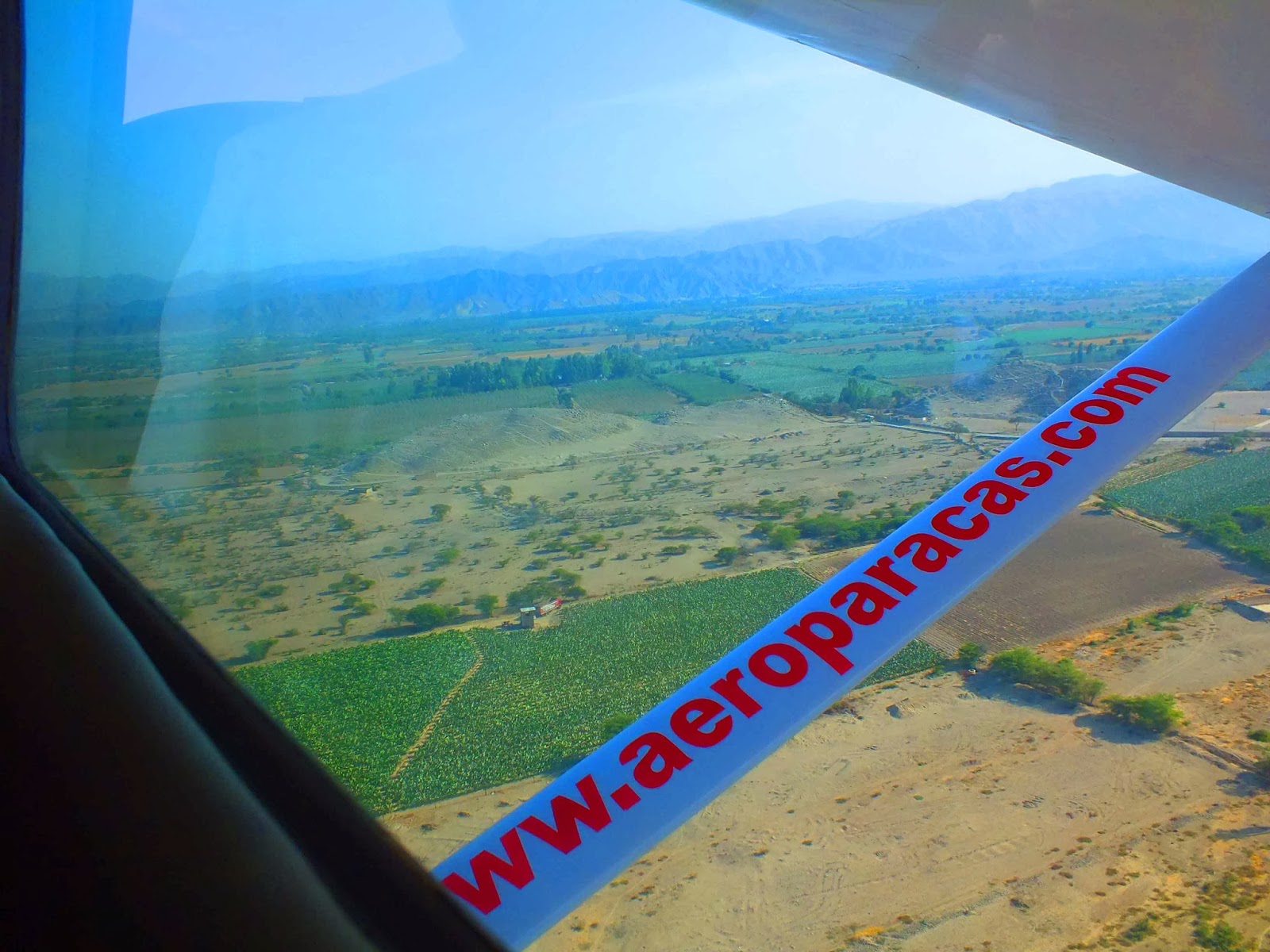 Heritage Site in 1994. The high, arid plateau stretches more than 80 kilometres (50 mi) between the towns of Nazca and Palpa on the Pampas de Jumana about 400 km south of Lima. Although some local geoglyphs resemble Paracas motifs, scholars believe the Nazca Lines were created by the Nazca culture between 800 BC and 800 AD. The hundreds of individual figures range in complexity from simple lines to stylized hummingbirds, spiders, monkeys, fish, sharks, orcas, and lizards.


The lines are shallow designs made in the ground by removing the reddish pebbles and uncovering the whitish/grayish ground beneath. Hundreds are simple lines or geometric shapes; more than seventy are zoomorphic designs of animals such as birds, fish, llamas, jaguar, monkey, or human figures. Other designs include phytomorphic shapes such as trees and flowers. The largest figures are over 200 meters (660 ft) across.

Scholars differ in interpreting the purpose of the designs, but in general they ascribe religious significance to them. Other theories have been summarized as follows: "The geometric ones could indicate the flow of water or be connected to rituals to summon water. The spiders, birds, and plants could be fertility symbols. Other possible explanations include: irrigation schemes or giant astronomical calendars."

Due to the dry, windless, and stable climate of the plateau and its isolation, for the most part the lines have been preserved. Extremely rare changes in weather may temporarily alter the general designs. As of recent years, the lines have been deteriorating due to an influx of squatters inhabiting the lands. Archeologists, ethnologists, and anthropologists have studied the ancient Nazca culture to try to determine the purpose of the lines and figures. One hypothesis is that the Nazca people created them to be seen by their gods in the sky. Kosok and Reiche advanced a purpose related to astronomy and cosmology: the lines were intended to act as a kind of observatory, to point to the places on the distant horizon where the sun and other celestial bodies rose or set in the solstices.


Many prehistoric indigenous cultures in the Americas and elsewhere constructed earthworks that combined such astronomical sighting with their religious cosmology, as did the later Mississippian culture at Cahokia in present-day United States. Another example is Stonehenge in England. But Gerald Hawkins and Anthony Aveni, experts in archaeoastronomy, concluded in 1990 that there was insufficient evidence to support such an astronomical explanation. Reiche asserted that some or all of the figures represented constellations. By 1998, Phyllis B. Pitluga, a protégé of Reiche and senior astronomer at the Adler Planetarium in Chicago, had concluded that the animal figures were "representations of heavenly shapes. But she contends that they are not shapes of constellations but of what might be called counter constellations, the irregular-shaped dark patches within the twinkling expanse of the Milky Way." Aveni criticized her work for failing to account for all the details.

In 1985, the archaeologist Johan Reinhard published archaeological, ethnographic, and historical data demonstrating that worship of mountains and other water sources predominated in Nazca religion and economy from ancient to recent times. He theorized that the lines and figures were part of religious practices involving the worship of deities associated with the availability of water, which directly related to the success and productivity of crops. He interpreted the lines as sacred paths leading to places where these deities could be worshiped. The figures were symbols representing animals and objects meant to invoke the gods' aid in supplying water. The precise meanings of many of the individual geoglyphs remain unsolved as of 2013.

Henri Stierlin, a Swiss art historian specializing in Egypt and the Middle East, published a book in 1983 linking the Nazca Lines to the production of ancient textiles that archeologists have found wrapping mummies of the Paracas culture. He contended that the people may have used the lines and trapezes as giant, primitive looms to fabricate the extremely long strings and wide pieces of textile that are typical of the area. By his theory, the figurative patterns (smaller and less common) were meant only for ritualistic purposes. This theory is not widely accepted, although scholars have noted similarities in patterns between the textiles and the Nazca Lines, which they take as sharing in a common culture.

Phyllis Pitluga, senior astronomer at the Adler Planetarium & Astronomy Museum and a protégé of Reiche, did computer-aided studies of star alignments. She asserted that the giant spider figure is an anamorphic diagram of the constellation Orion.

This information was gathered from Wikipedia, while I was in Nazca, Peru.
Posted by Unknown at 1:16 PM